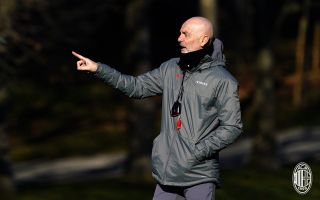 MN: 38 selection problems and 18 muscle injuries – something must change for Pioli at Milan

AC Milan were hit by an injury bug at numerous crucial times last season and the trend has continued into the current campaign meaning it is no longer just bad luck, a report claims.

MilanNews reports how the fear of a new injury is a constant and the journalists at Milanello ‘live with the anxiety’ that they may have to bring bad news to fans regarding the health of the players. This morning for example it was confirmed that Rafael Leao has picked up a muscle problem and Theo Hernandez trained alone in the gym as a precaution due to a strong cold, the day before the huge game against Liverpool.

It seems Stefano Pioli is the only one who puts his face in front of the media and attempts to explain the problem and his management of the players, just like he did today when he talked about the demanding schedule and his increased rotating.

To date there are 38 medical reports that Milan have issued this season and 18 of these concern muscle injuries, which is simply too many and almost always concerns fundamental players. It will be necessary to find a quick solution, because with all these absences there is a chance of falling away on the pitch.