AC Milan made it four wins out of their first five Serie A games for the first time since 2004 as they beat SPAL 2-0 at San Siro.

The Rossoneri needed two penalties to beat the resolute newly-promoted outfit, with the spot kicks being converted either side of the break.

Nikola Kalinic was impeded for the first with Ricardo Rodriguez sending SPAL ‘keeper Alfred Gomis the wrong way, then Franck Kessie did the same from 12 yards after he had been chopped down by ex-Inter man Felipe.

With Lazio losing at home to Napoli, Milan’s two-goal triumph was enough to see them leap into fourth place and subsequently the Champions League places.

The visiting side, who had only won one of their previous 32 meetings with the Rossoneri, started the game well as Bonucci came under pressure from Milan youth product Alberto Paloschi inside the first minute before winning a free-kick. 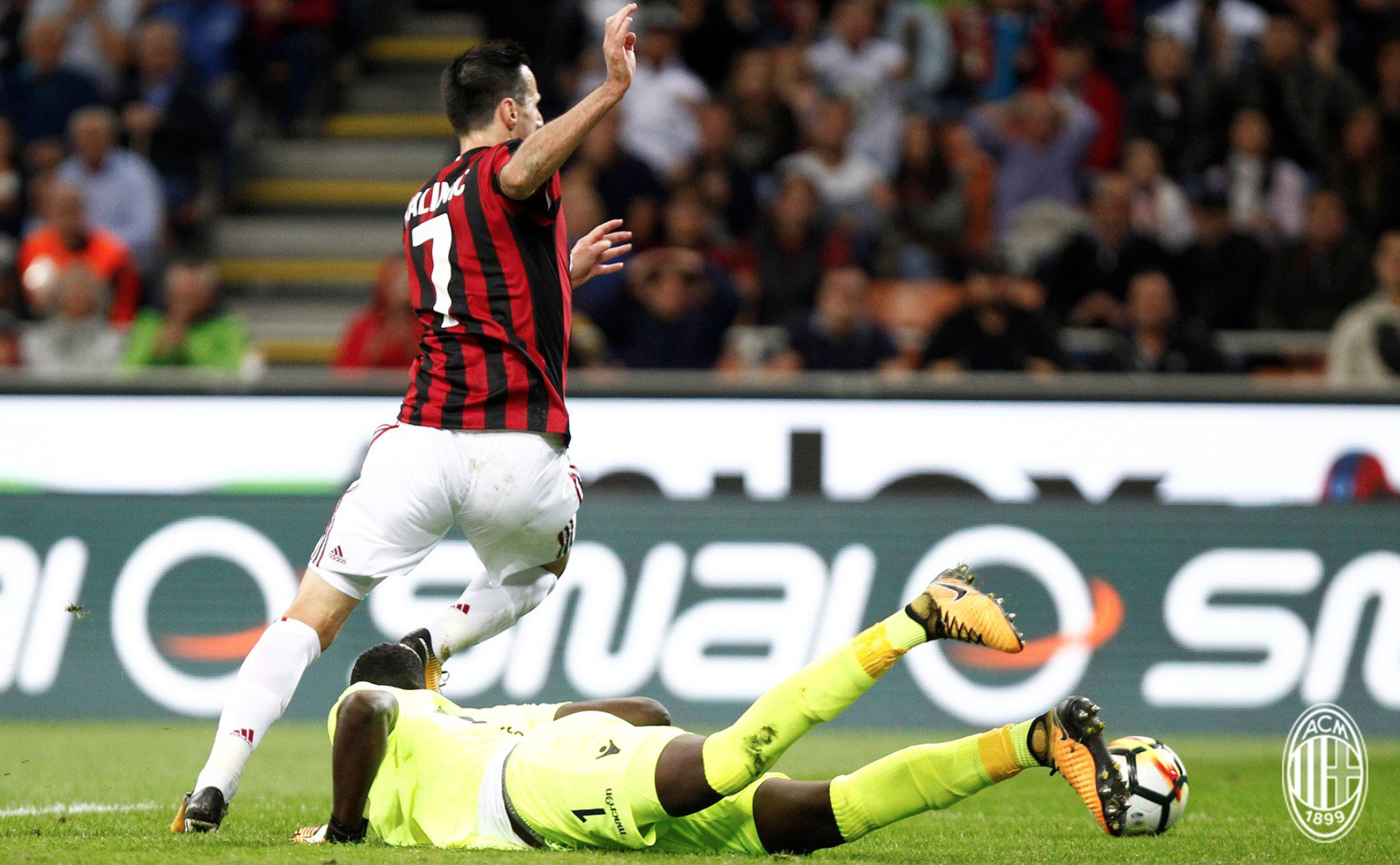 Vincenzo Montella’s side then began to get into the game as Andre Silva saw a shot well blocked inside the box from Franck Kessie’s feed prior to Nikola Kalinic’s deflected shot ending up in the arms of Gomis.

In the 19th minute Ignazio Abate then found space to shoot inside the SPAL box, but Gomis showed good reflexes to tip the right-back’s shot away for a corner.

Six minutes later Milan found the breakthrough that their pressure had threatened, and it came from the penalty spot. Kalinic was tripped by Gomis inside the area as he collected a rebound; Ricardo Rodriguez sending the visiting goalkeeper the wrong way from 12 yards to ease the tension at San Siro.

The half ended with two half-chances for the Rossoneri; the second coming through Andre Silva who saw his left-footed shot well saved down low, the first coming a minute previously as Alessio Romagnoli fizzed an effort over the bar from 25 yards.

Milan could have doubled their advantage five minutes after the break as Kessie hit a low shot/cross through the box, however no Rossoneri shirt could get a touch and it just evaded the far post.

Two minutes later there was a chance for SPAL as Federico Mattiello’s header forced captain Leonardo Bonucci into a goal-line clearance which was far more comfortable than the description would lead you to believe. 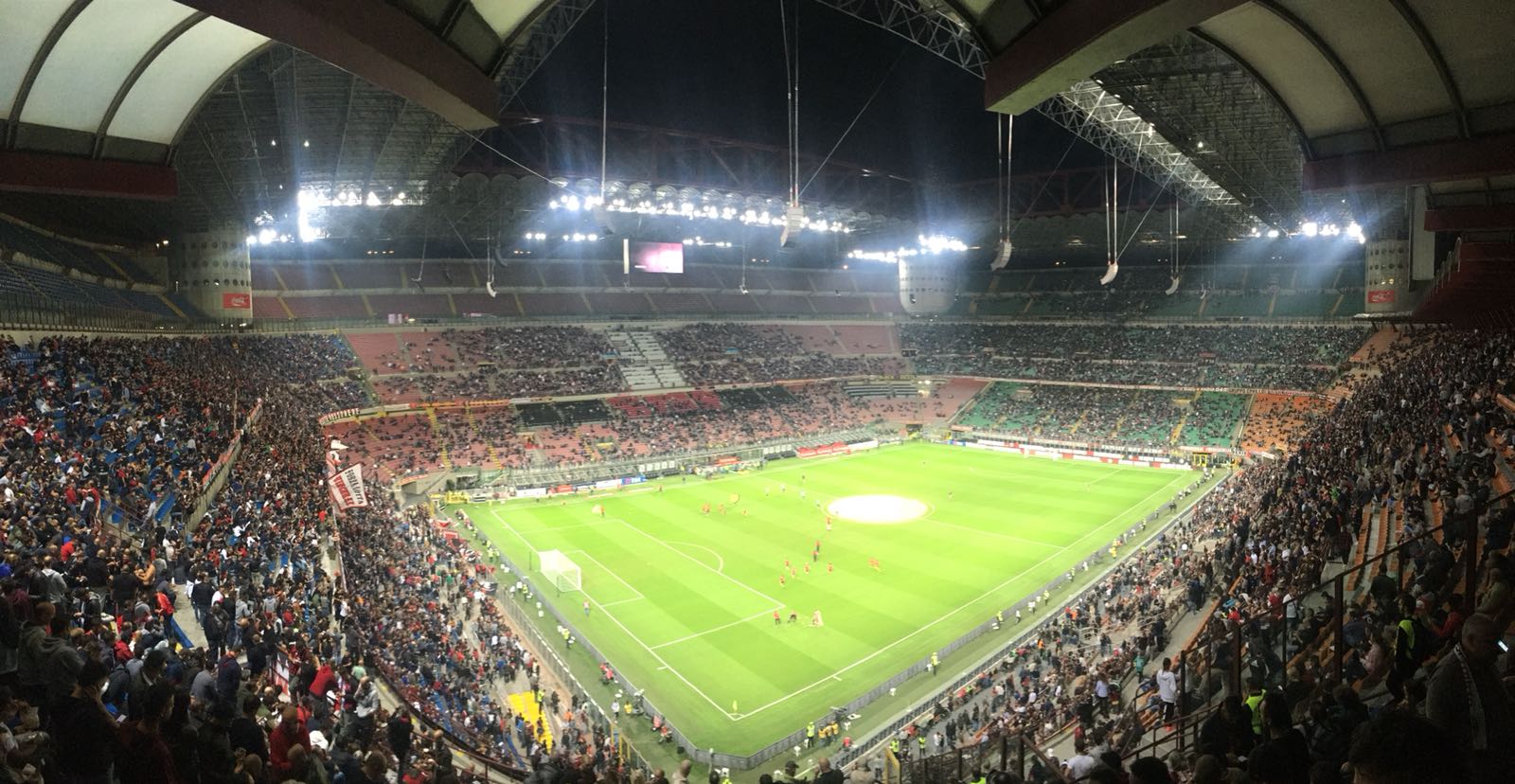 Montella’s side could breathe a sigh of relief just after the hour mark as Kessie was presented the chance to make it 2-0 with yet another penalty.

If referee Rosario Abisso had doubts about awarding the first, there were no doubts about the second as Kessie was chopped down by Felipe; the Ivorian dusting himself off to despatch the spot-kick and give Milan breathing room.

Between the second goal and the end of the game there were no real clear cut chances as the visitors retreated into somewhat of a damage-limitation shell, while the Diavolo conserved much-needed energy despite the imploring pressure of a 45,000 San Siro crowd.

Suso’s volley with over 20 minutes to go was as threatening as it got, but Milan will be happy with a job well done ahead of Sunday’s trip to the Marassi to face Sampdoria.