Milan put themselves back on track as they defeat Bologna 2-1 at San Siro in an intense but exciting game that gives fans hope for the future.

Gianluigi Donnarumma (6.5): One of the best performances of the game with a couple of incredible saves.

Ignazio Abate (4.5): A true liability to his teammates, failed all his crosses and was partly responsible for the goal conceded, looked tired for the most part and lacked focus.

Mateo Musacchio (5): Some very questionable decisions, bad defending and lack of focus that have cost a goal to his team.

Leonardo Bonucci (6): A true leader on the pitch, always seemed to be on point though a couple of bad passes, he was a great support for his teammates.

Ricardo Rodriguez (6): Did what he does best on the left side of the pitch, stopped the opponent from creating and helped the strikers by pushing forward.

Franck Kessie (6): Despite being extremely wasteful in the final third, he assumed his role perfectly in the midfield by blocking the attacks and moving the ball forward quickly.

Ricardo Montolivo (6.5): Between successful passes, duels won and his several blocks, there is no doubt that he played a major part in his team’s victory.

Bonaventura (8 MOTM): His best game in a long time, created chances, helped the midfield to move the ball as much as it was needed, and above all scored a brace and gave the win to his team. 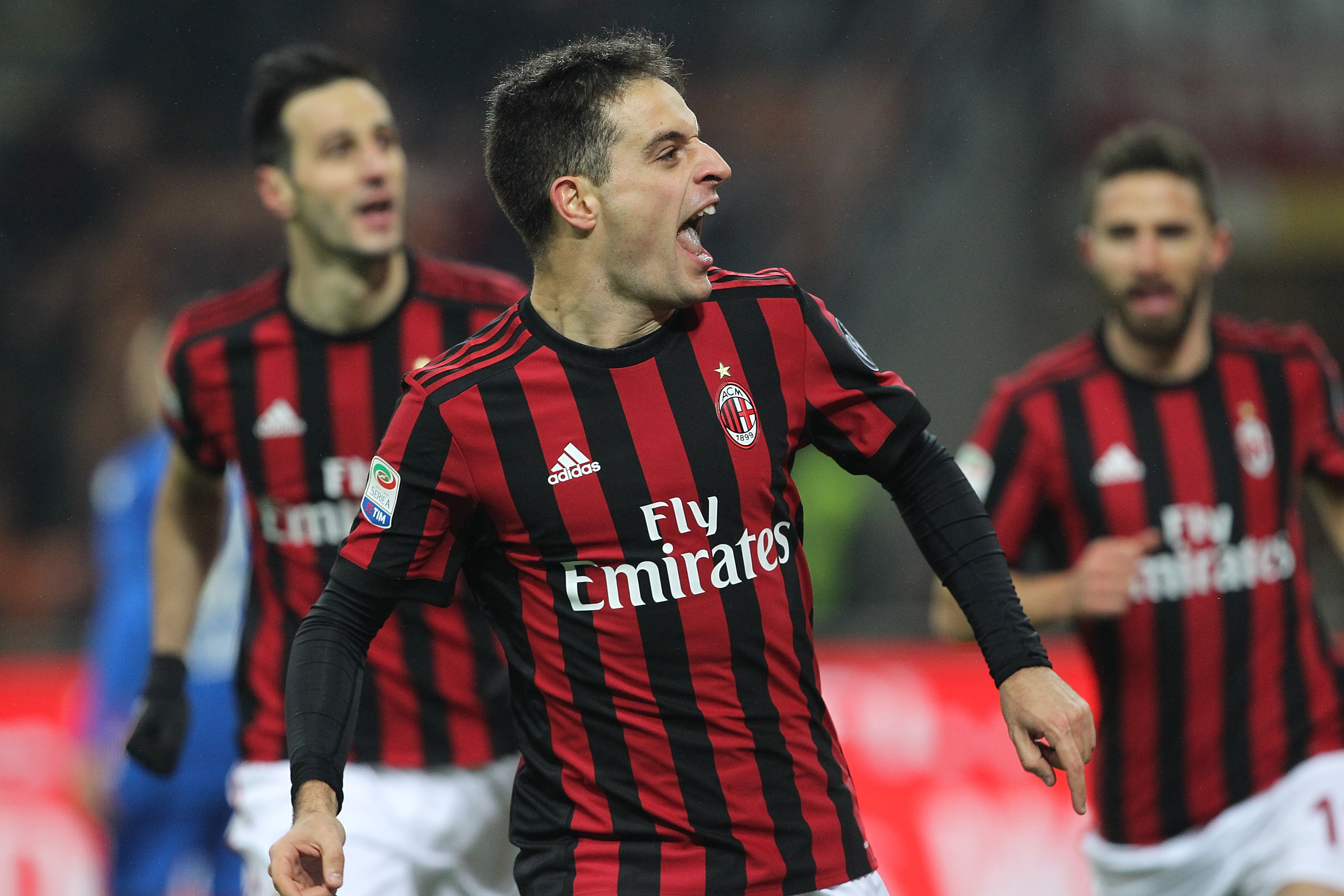 Suso (6): Not a very convincing performance. Was a bit too predictable and did not play with enough enthusiasm but played well enough to bring some danger on the right side of the pitch.

Kalinic (5.5): Apart from the assist on the first goal, he was not really visible and did not seem to offer much to the team.

Fabio Borini (6.5): Yet another incredible performance, with desire and passion. Always gave everything he had, resulting in an assist and an overall satisfying display.

Substitutions
Patrick Cutrone (6): His fresh legs gave the attack exactly what it needed to keep pushing for the win.
Andre Silva (5.5): Probably came on at the wrong time but was never the danger he needed to be and despite coming on late in the game, he looked as exhausted as the rest with no desire to create anything. A disappointing performance.
David Calabria (N/A)
Coach
Genaro Gattuso (7): Really good choices throughout the game. his substitutions were always on point and allowed to team to breathe a lot in the second half.
Tags AC Milan Bonaventura Donnarumma Gattuso Gianluigi Donnarumma Italy Mercato Milan Montolivo Musacchio News Rossoneri Serie A Suso
Related Articles
Daniel Maldini discusses his goal against Milan: “It was in the air”
3 December 2022, 20:17
Photos from today’s training session as Milan prepare for Lumezzane friendly
3 December 2022, 19:05
GdS: Maignan’s return undeniably crucial for Milan in Scudetto pursuit
3 December 2022, 18:14
Serie A Standings