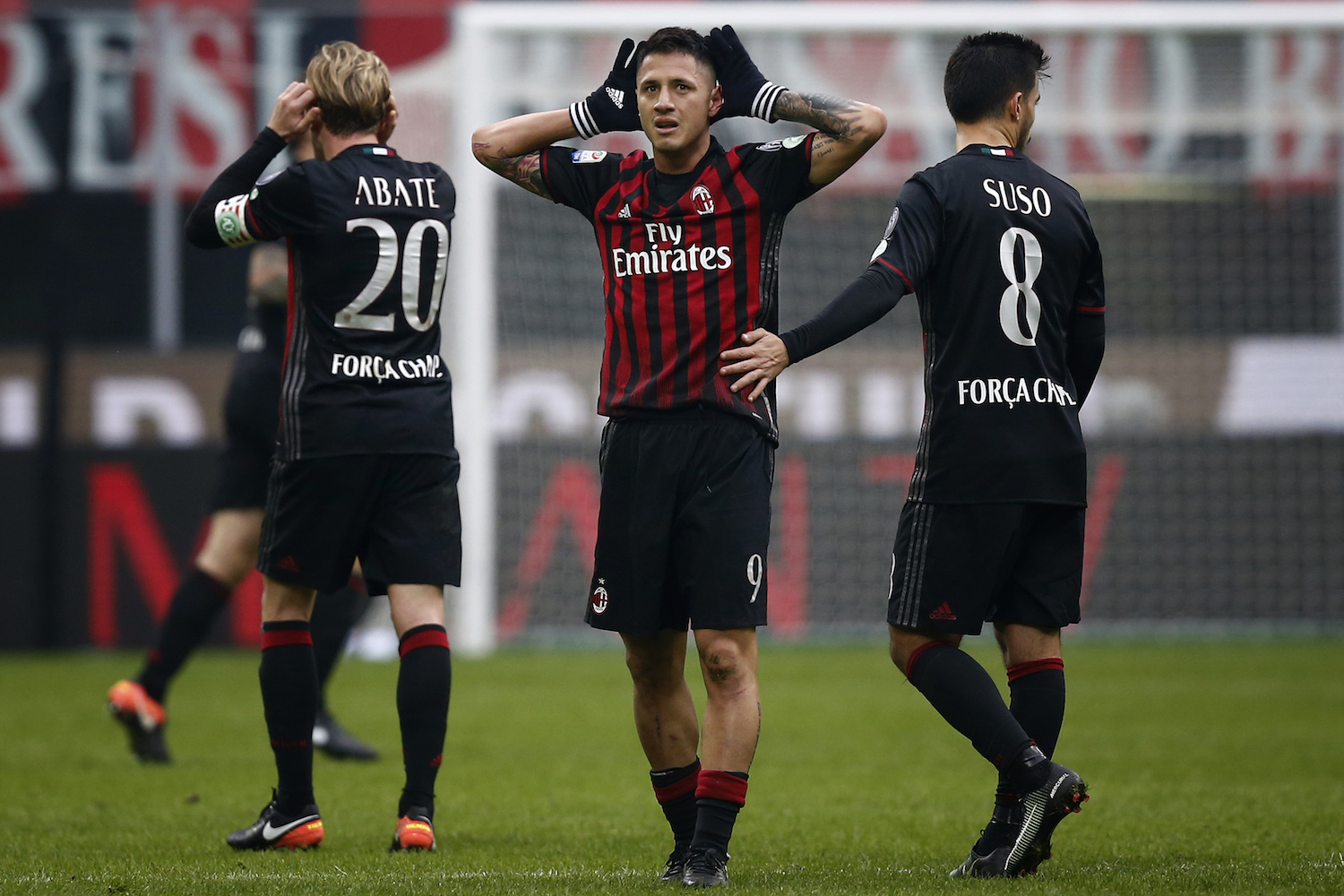 AC Milan moved back second in the Serie A standings with a 2-1 win over Crotone at San Siro on Sunday afternoon.

After trailing in the first half, Mario Pasalic levelled just before half time, and Gianluca Lapadula scored his fourth goal in four games for Milan to win it late on.

The Rossoneri started on the front foot and arguably could have led when Lapadula spun his defender in the fifth minute, but the 26-year-old was not quite quick enough to get through on goal. 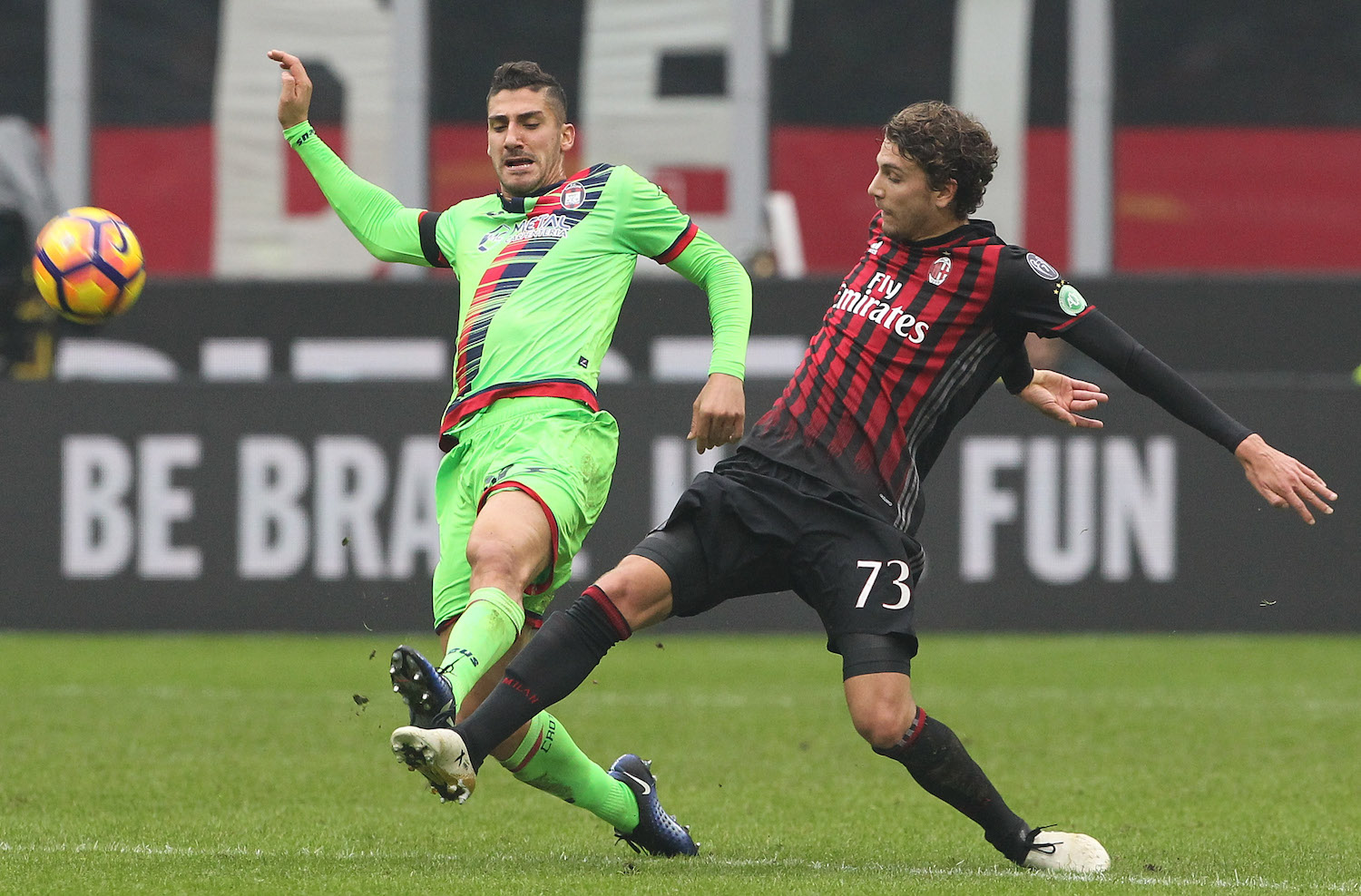 Leonardo Capezzi had the first attempt for the visitors, as he saw his shot tipped over by Gianluigi Donnarumma after Manuel Locatelli had lost the ball.

However, Crotone were to stun the San Siro as Diego Falcinelli gave them the lead in the 26th minute. Marcus Rohden found space in behind and stayed on his feet despite pressure from Mattia de Sciglio, and he rolled the ball over to Falcinelli who converted calmly.

Milan responded 15 minutes later through on-loan midfielder Mario Pasalic. Gabriel Paletta glanced a corner across the face of goal where the Croatian was on hand to head home from close range and make it 1-1. 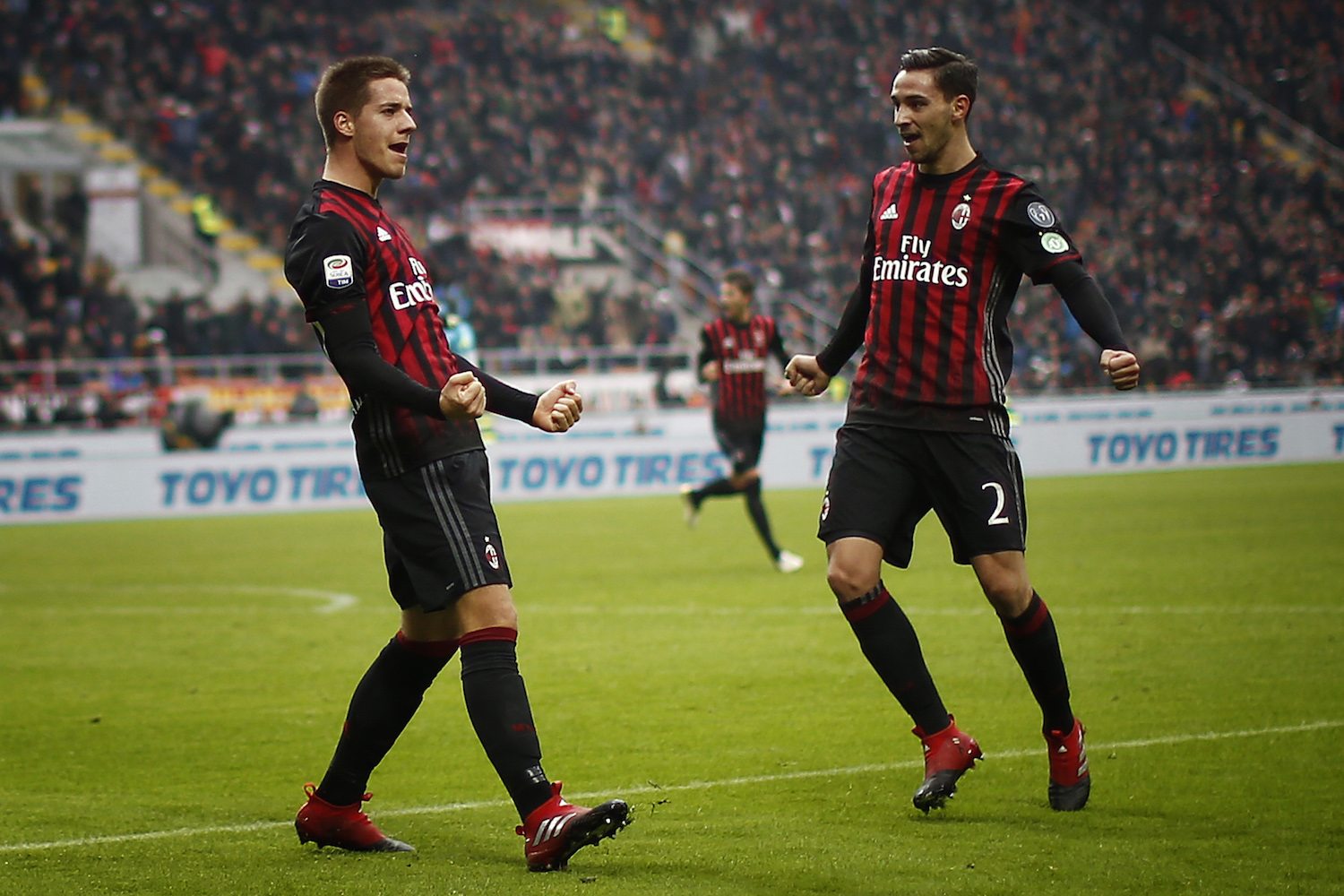 The home side set about taking the lead well, and four minutes into the second half Lapadula should have converted, but after Ignazio Abate’s header back across goal he couldn’t react in time to stab home from a yard.

Then Milan were awarded a penalty as Lapadula was bundled over inside the box, but Alex Cordaz saved M’Baye Niang’s spot kick to maintain parity.

Vincenzo Montella’s side were rescued four minutes from time as Lapadula scored his first San Siro goal. A free-kick was not properly dealt with, and the ball fell to the former Pescara man who slotted past a wrong footed Cordaz to spark wild scenes. 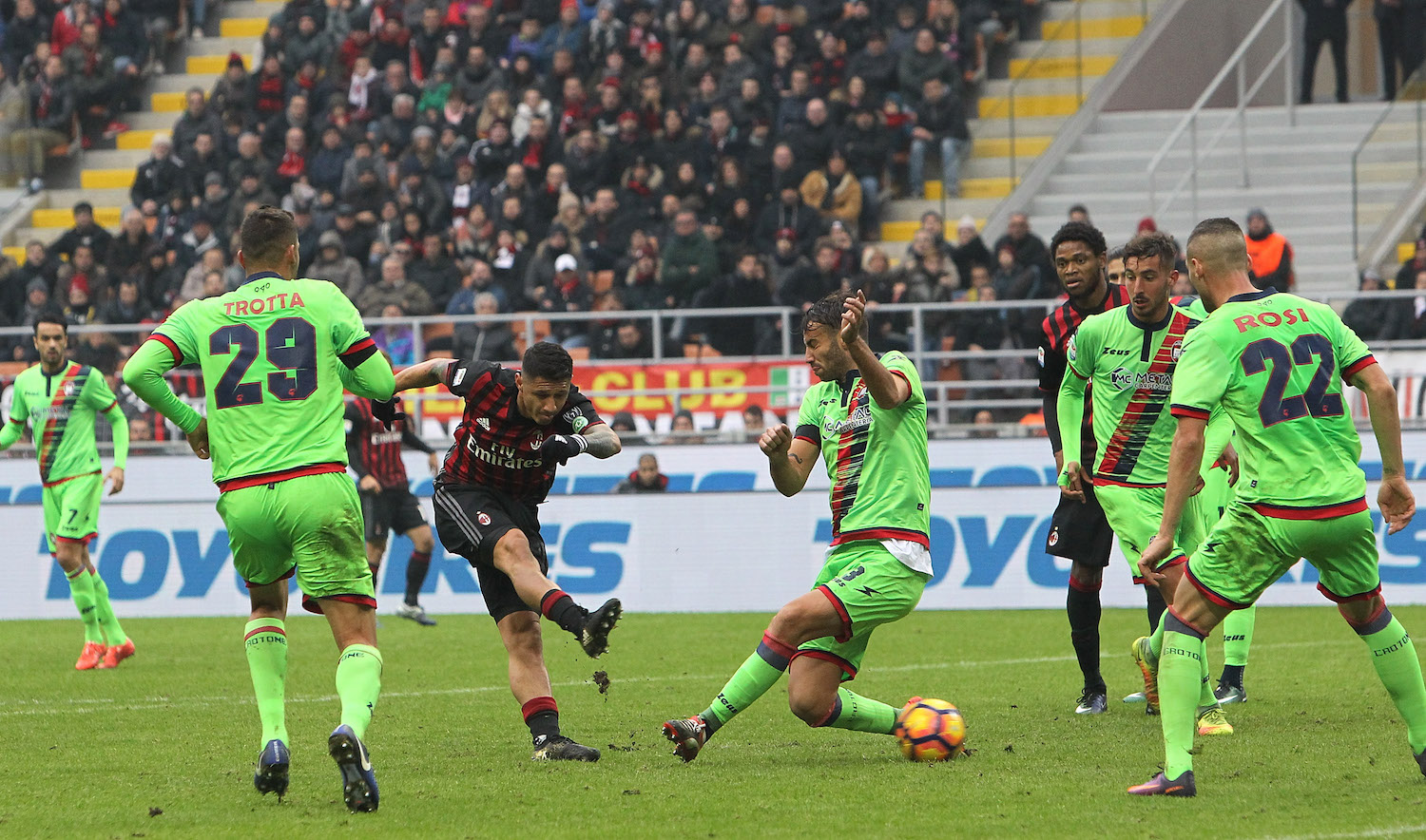 Milan will cast eyes upon the Rome derby as at least one of their European rivals will drop points at the Stadio Olimpico.