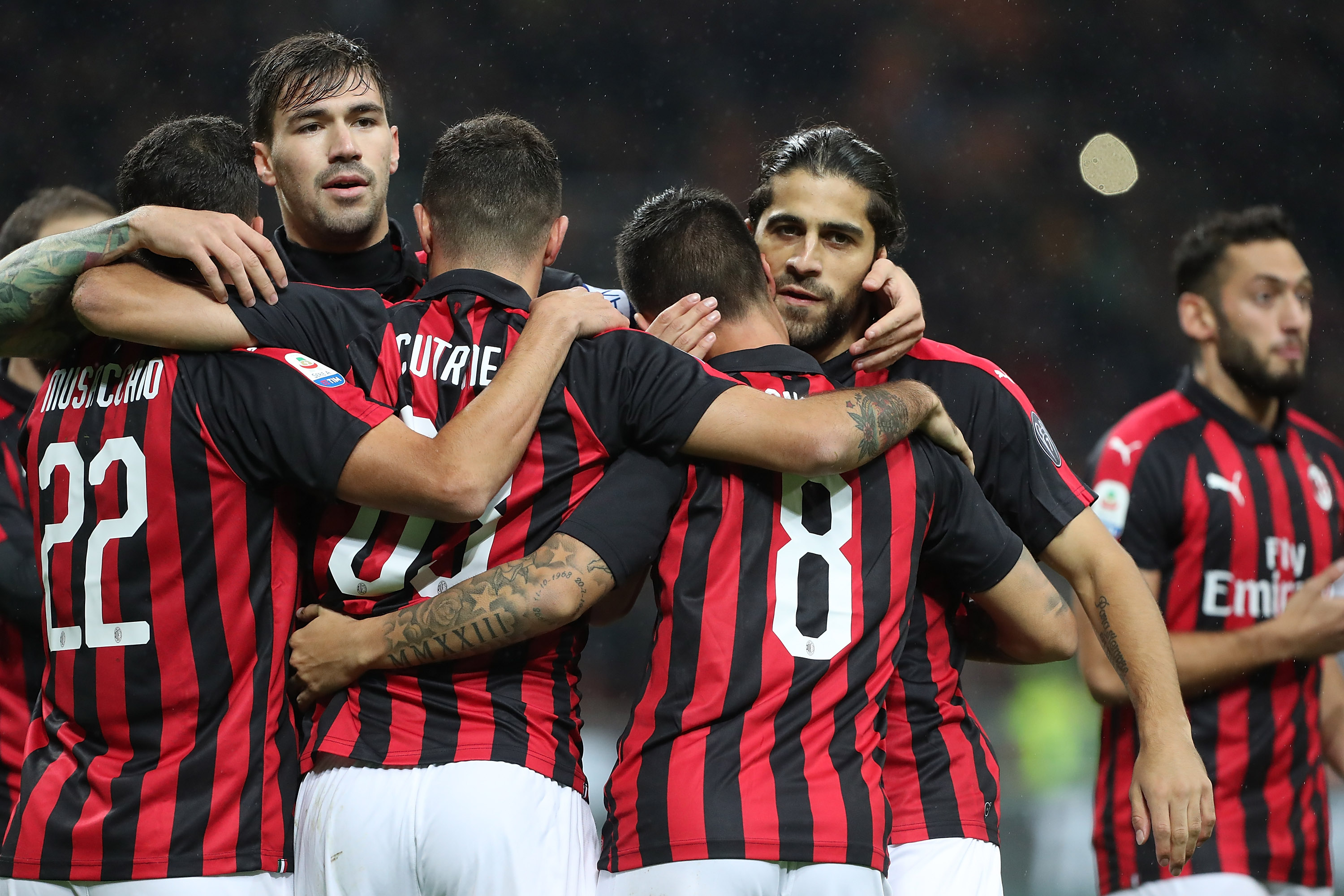 AC Milan climbed into the top four in Serie A thanks to a late 2-1 win against Genoa at San Siro.

A thunderbolt from Suso had given Gennaro Gattuso’s side a first half lead before indecisiveness gifted Genoa an equaliser which – due to a deflected – was eventually awarded as an Alessio Romagnoli own goal.

Romagnoli would have the decisive say the match match, capitalising on a late mistake from an otherwise heroic Andrei Radu in the 91st minute to win the game and lift Milan above Lazio into fourth.

The Rossoneri took the lead with virtually their first dangerous attack inside four minutes. Suso picked the ball up around 25 yards out, found some space before firing a rasping shot past Radu in the Genoa goal.

WATCH: Suso is back at it, what a goal! #MilanGenoa 1-0. pic.twitter.com/PmCzn6mk2J

Just before the 10-minute mark Patrick Cutrone launched a shot towards Radu from the right side of the box, but this time the goalkeeper was easily equal to his effort.

Gattuso’s side showed some neat inter-play in their new 3-5-2 formation when Ricardo Rodriguez pinged a ball out to goalscorer Suso, who found Franck Kessie in behind – the Ivorian firing his shot into the side netting from near the byline.

It was no secret coming into the game that Krzysztof Piatek was Genoa’s dangerman, and he had a chance to level when found in the area by a low ball, though the Polish sensation fired wide despite replays showing a corner should have been awarded.

The visiting side proceeded to have a spell of pressure, culminating in a number of nervy moments for Milan during which Gianluigi Donnarumma was almost caught in possession and also gave a ball straight to Genoa inexplicably – though both came to nothing.

Radu was called into action twice early in the second-half, firstly from a Gonzalo Higuain shot that was deflected and almost looped in the top corner, and then from a near-post header from the resulting corner which he parried well.

In the 56th minute Genoa made Bakayoko pay for a shocking giveaway inside his own box; the Chelsea loanee failing to get the ball to safety before Kouame saw a shot deflect heavily off Romagnoli and loop over Donnarumma into the far corner to make it 1-1.

Milan began their search to retake the lead, and an exchange between Suso and Franck Kessie gave the latter a chance to put Hakan Calhanoglu through on goal, but he delayed the ball too long and the Turkey international was flagged offside.

Just moments later Radu denied a stinging shot from Higuain again, before continuing his remarkable performance after that by denying Kessie who turned and fired a shot inside the area not long later.

In the 72nd minute Suso found Calhanoglu in space 20 yards out and the former Leverkusen man performed a nice tee and volley, though it was wide of the right-hand post.

Radu was called into action again with just under 10 minutes remaining, denying a low curling effort from Suso to keep the scores level.

At the other end, Donnarumma made a fantastic save at full stretch to stop a Lazovic effort that was sneaking inside the far corner.

Radu – the hero on so many occasions – became somewhat of a villain in added time. A long ball was fired harmlessly into the box by substitute Ignazio Abate, but the Genoa stopper rushed off his line and tried to punch clear. The ball then fell to Romagnoli, who acrobatically hooked an effort over his head and it nestled perfectly into the net to provide a dramatic winner for the Diavolo.