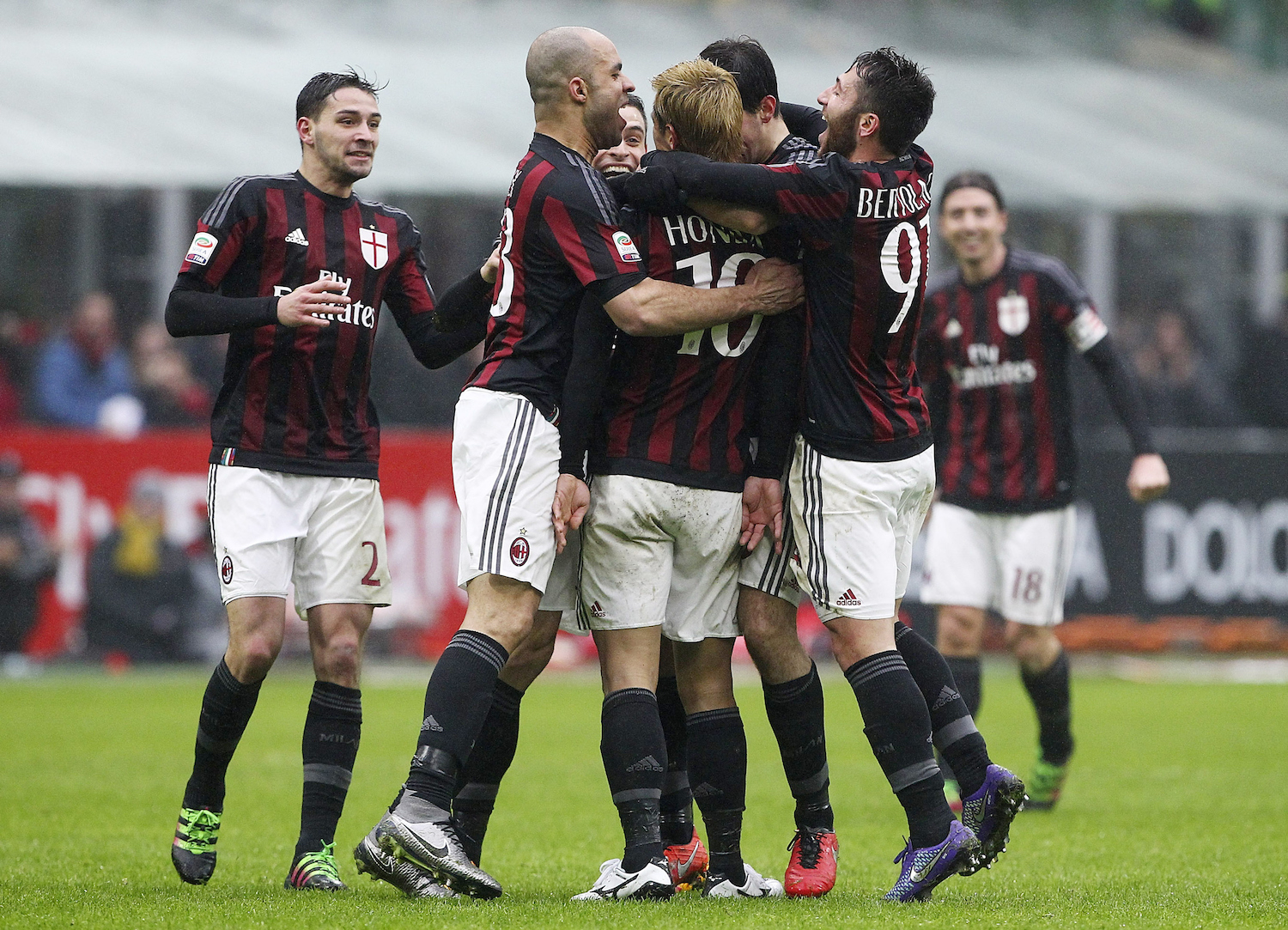 Goals from Carlos Bacca and Keisuke Honda were enough to give Milan all three points at San Siro on Sunday afternoon.

Despite starting the game under pressure, it was the hosts who took the lead in the fifth minute.

Honda had a stinging shot from 25 yards parried for a corner, and from the resulting set piece a ball skimmed Niang’s head and fell to Bacca, who thundered home from eight yards.

The game became scrappy soon after that as Genoa were clearly desperate not to concede another goal that would essentially put the game beyond them, with an effort from Bonaventura the only chance before the quarter-hour mark.

M’Baye Niang had a chance to cut the ball back to Bacca in the 18th minute, but the Frenchman failed to find anyone as the danger was averted.

Just after the half hour mark it could have been 2-0 to the Rossoneri as Luca Antonelli directed a ball in behind to Bacca, who would have had an easy task to slot home if not for a goal saving challenge. 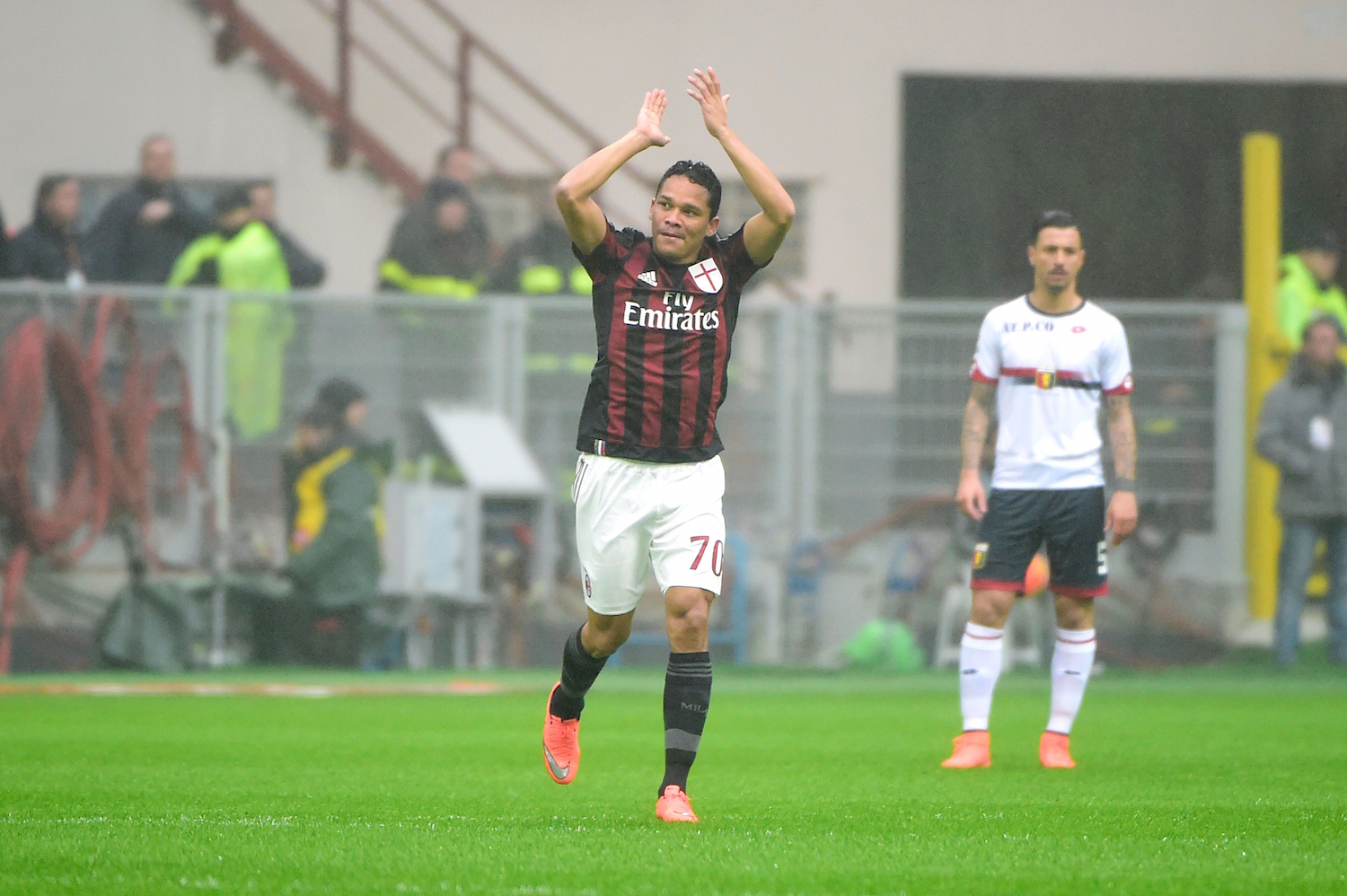 The visitors rarely threatened Milan, but did cause a couple of problems before the break through crosses from Flamozzi and Dzemaili, though Alex and Romagnoli stood firm in the middle to avoid an equaliser.

Mihajlovic’s men started the second half better too, with Alessio Romagnoli rising to a 53rd minute corner, though he headed narrowly wide.

Milan did double their advantage in the 64th minute with a piece of individual brilliance from Keisuke Honda.

The Japan international picked up the ball 40 yards out before taking a touch and striking a speculative effort towards Perin’s goal. Somehow, the ball bounced before the Genoa ‘keeper and ended up in the back of the net, giving the number 10 a much deserved goal.

In the 75th minute it was almost 3-0 as a wonderful corner routine ended with Montolivo striking a volley goalwards that Perin did well to palm onto the post. 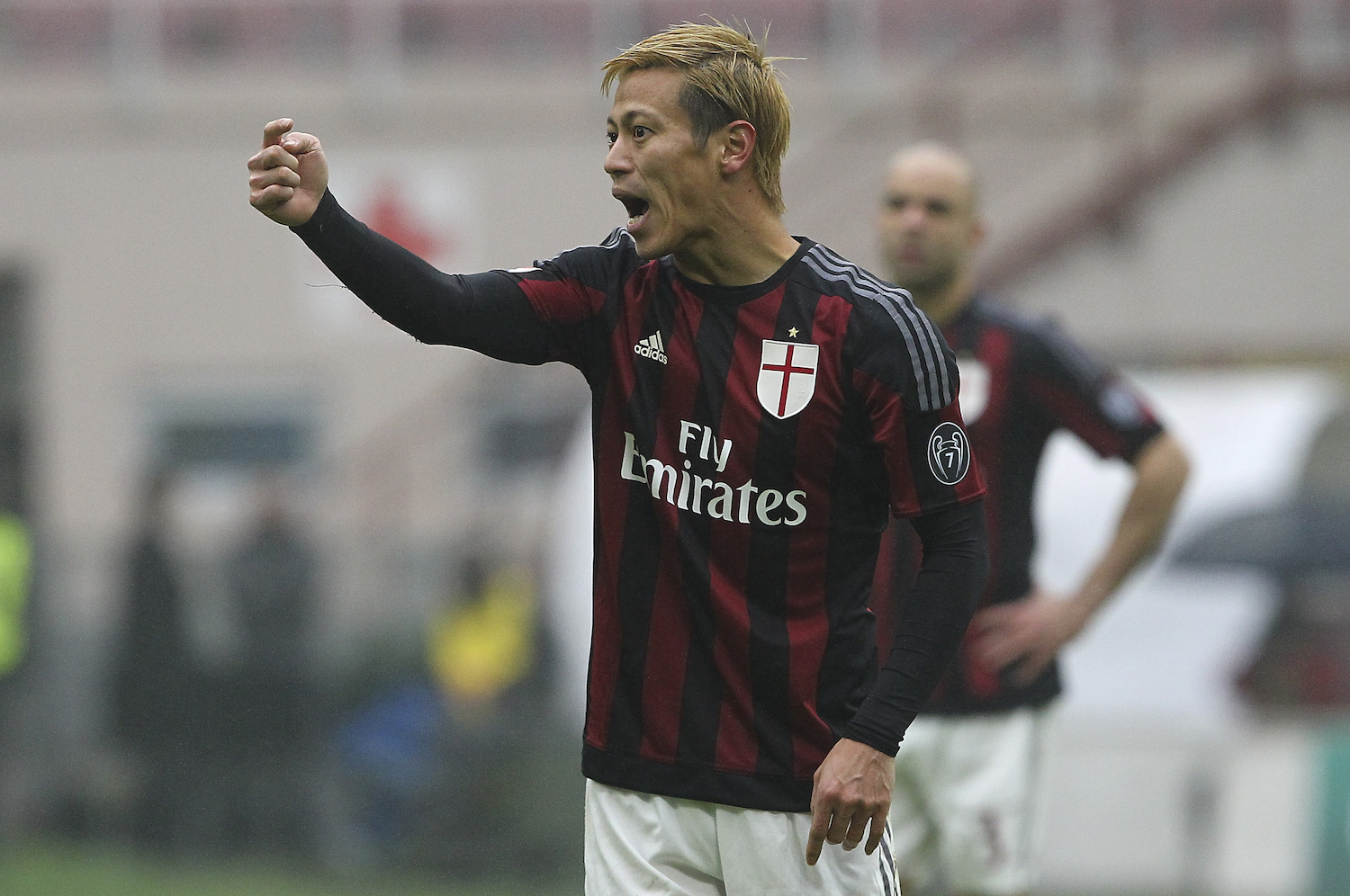 The party atmosphere inside San Siro continued as Jeremy Menez was brought on for his first football since April 2015. He was given an ovation by the Rossoneri fans.

It was looking like a clean sheet for Milan and a deserved three points, but the former was spoiled as Alessio Cerci bundled home a late consolation with seconds left on the clock.

The hosts held out for a well earned three points against a struggling side, still leaving them in sixth place but moving two points behind Inter in fifth.

Genoa meanwhile sit somewhat perilously in 16th, just three points above the drop zone and one point above their city rivals Sampdoria who have a game in hand.