AC Milan recorded a huge victory on Sunday evening as they defeated Lazio 2-1 at San Siro.

All three goals came inside the first half, with Patrick Cutrone beginning the scoring thanks a powerful close-range header.

Lazio hit back through Adam Marusic not long after, but Giacomo Bonaventura’s header late in the opening period restored the advantage for good.

The visitors had late opportunities to level, but the Rossoneri hung on for a vital three points to move level with Sampdoria in sixth place.

Suso tried to get the Rossoneri on the board early when he lashed a 30-yard effort towards goal in the opening stages, but the ball flew wide of Thomas Strakosha’s right post. 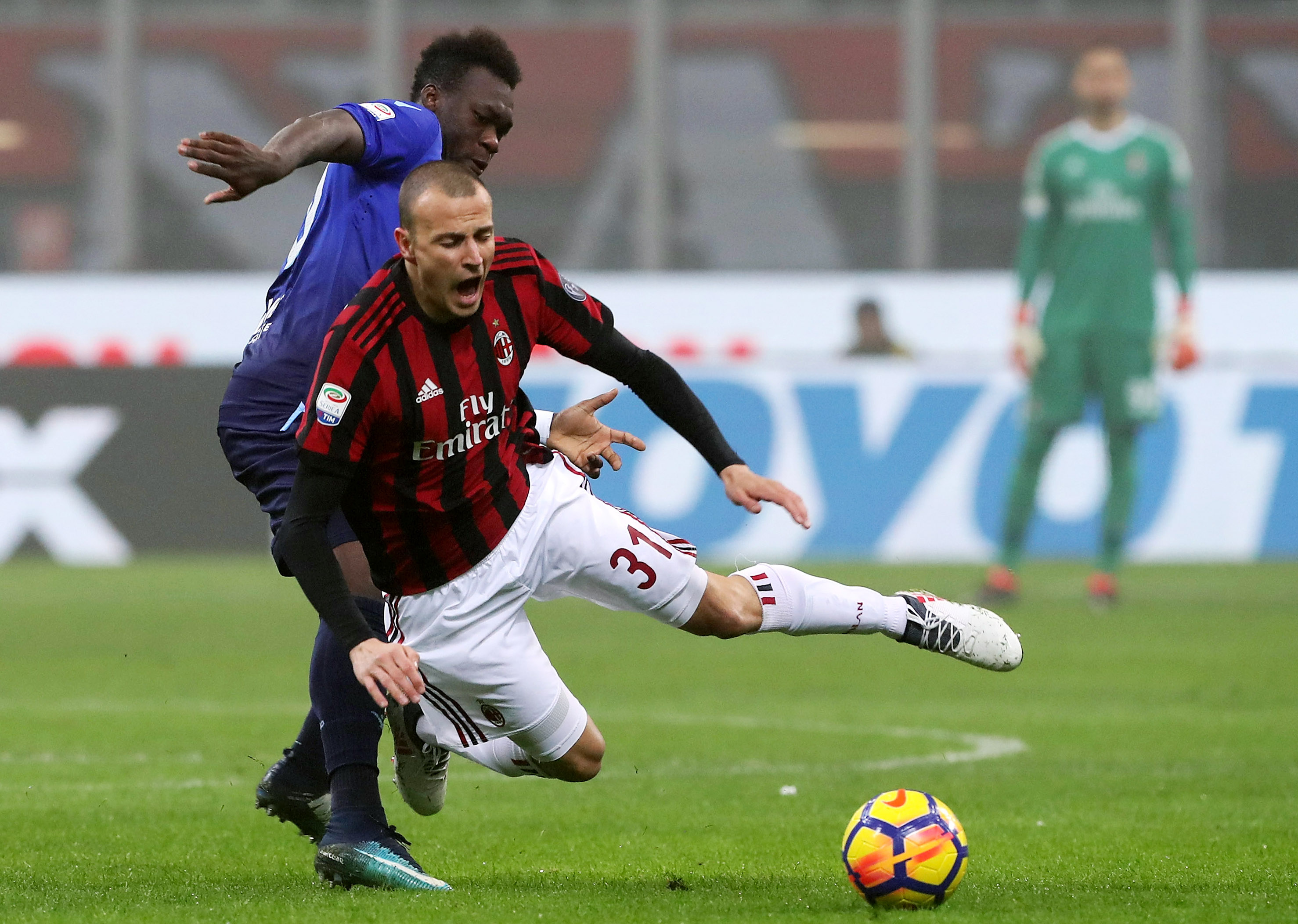 In the 10th minute Strakosha was called into action for the first time, palming a powerful shot from Hakan Calhanoglu out for a corner. The resulting cross from the corner was teasing, but just evaded a string of Milan players on the edge of the six-yard box.

The home side did take a deserved lead just after the quarter-hour mark through Cutrone. Giacomo Bonaventura was brought down on the edge of the 18-yard box, and Calhanoglu whipped in a perfect set piece for 19-year-old to head home from close range.

However, the visiting side responded within five minutes, as Adam Marusic was found in space on the right side before he cut inside and curled past Donnarumma inside the far left post.

Suso had a chance to give Milan the lead once again on 26 minutes, but he curled a free-kick narrowly wide of the near post from around 25 yards out.

Luis Alberto almost gave Lazio the lead just after the half-hour mark; curling an effort from distance that clipped the top of the crossbar.

Five minutes before half-time it was almost 2-1 as Calhanoglu tested Strakosha. The Turkey international cut in from the left flank before unleashing an effort towards the top corner which the visiting ‘keeper did well to parry away.

Not long later, Gennaro Gattuso’s men did retake the lead through Bonaventura. Davide Calabria cut onto his left foot and produced a stunning ball in, where Milan’s number five was on hand to head home from close range just before the break.

After a lull in proceedings to begin the second-half, Lazio crafted the first real opportunity on the hour mark as Sergej Milinkovic-Savic – quiet up until that point – rose to meet a cross at the far post, heading over the bar.

Milan put men behind the ball and looked to frustrate the visitors, but had a chance to pad their lead in the 68th minute when goalscorer Bonaventura unleashed a low shot that Strakosha saved well.

At the other end, Milinkovic-Savic rose well once again to head goalwards, but this time Donnarumma was equal to the effort and palmed it away.

The Serbia international tested Donnarumma once again just a minute later; shooting from 20 yards but straight into the teenager’s hands. 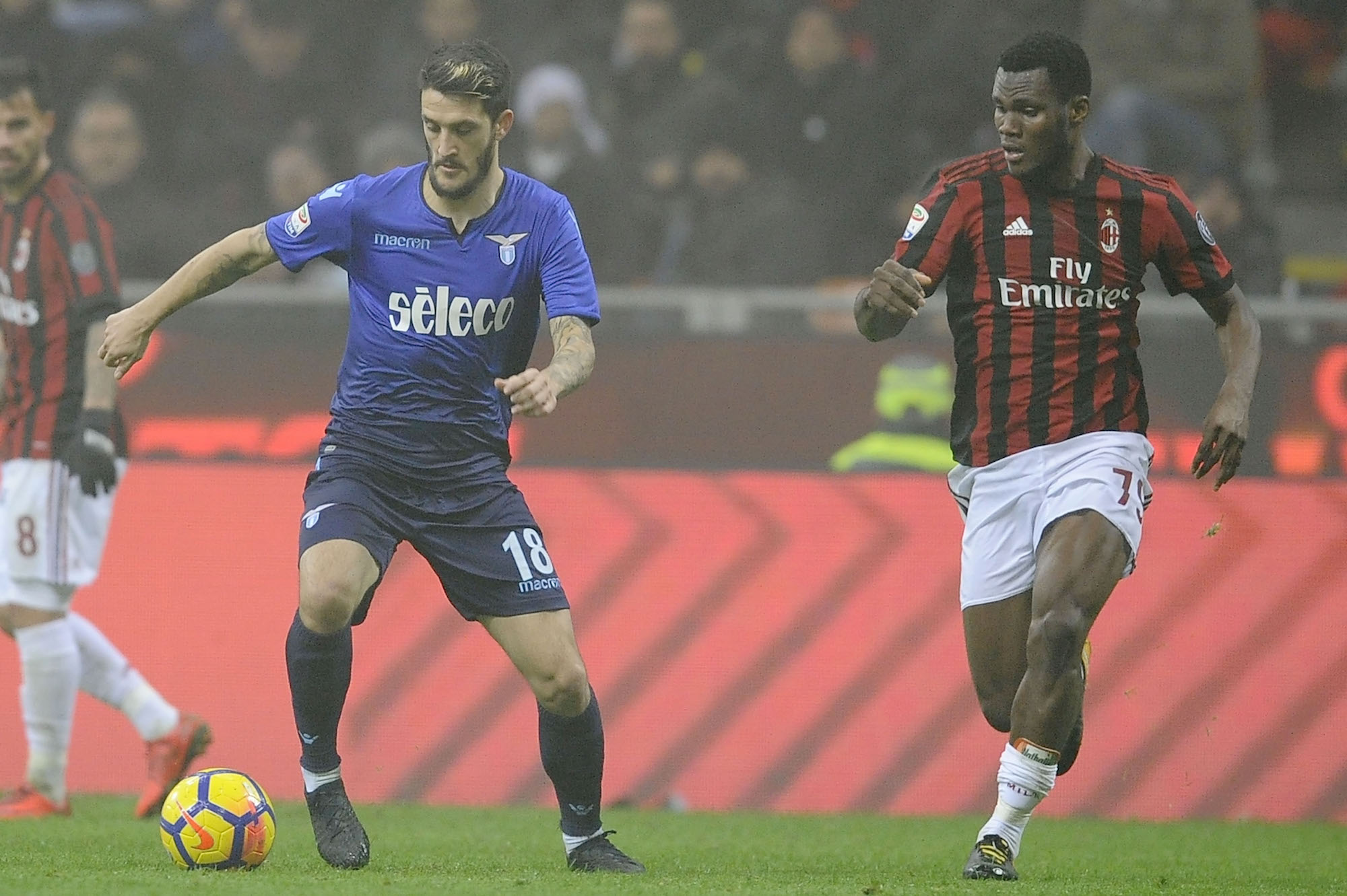 Andre Silva, who came on for an injured Cutrone, was inches away from his first Serie A goal with 12 minutes left as a Suso cross just evaded him at the far post.

Senad Lulic was presented with a golden opportunity to level inside the final few minutes, but he couldn’t convert into a wide open net from Felipe Anderson’s cross; the ball instead hitting his midriff and bouncing clear.

Marco Parolo had the last real chance inside the five minutes of added time, slicing a half-volley wide as the Diavolo’s makeshift back line held firm.