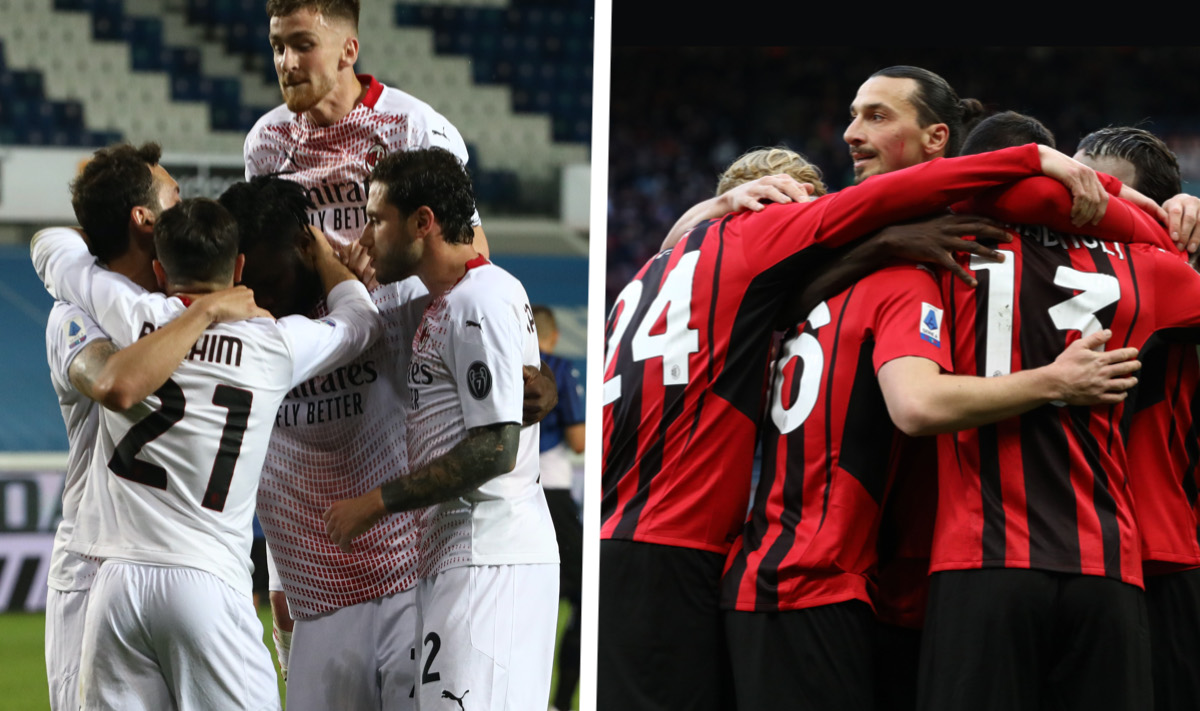 AC Milan’s 2021 year in review: From Benevento to Empoli – the best moments, goals and players

Now that 2021 has finally come to a close, we can look back on what was another eventful year in AC Milan’s journey, one that will hopefully lead the club back to the top.

Of course, with the way that the football season works it means that the last calendar year saw the second half of the 2020-21 season and the first half of the current 2021-22 campaign, but we have decided to look back chronologically at the best bits from each month…

Best game: Milan entered 2021 with their Scudetto charge looking a bit delicate, and home defeats to Juventus and Atalanta put a huge dent in them. Nonetheless, they opened the year in the right way with a dramatic win at Benevento, as Kessie’s penalty established a lead but Tonali saw red to put the result in jeopardy, before Leao’s amazing second half goal to clinch it.

Best goal: It simply has to be the Leao goal mentioned above. He was in a position where he simply had no right to score, and yet he curled it round and over everyone like something out of a movie.

Best player: This doesn’t look great in hindsight, but it was Gianluigi Donnarumma with a 7.09 average rating. Milan conceded three goals against both Juventus and Atalanta but the keeper was the last person to blame, and he made crucial saves in the last game against Bologna.

Best game: Milan started February in excellent fashion, with Ibrahimovic and Rebic each netting a brace during a 4-0 win over Crotone. The Rossoneri would go on to essentially hand the title to Inter though, losing to Spezia and Inter in what was a damaging month, but they did beat Roma away.

Best goal: Rebic got the winner in the aforementioned win against the Giallorossi at the Stadio Olimpico and it was a fantastic goal, peeling off his man and hammering it inside the far post with trademark precision.

Best player: Fikayo Tomori got it with a 6.2 average rating. He impressed right from the start with his aggressiveness, pace and ability to read the game making fans wonder how Chelsea let him go. The centre-back also forced Pioli to drop captain Alessio Romagnoli.

Best game: The last game of March saw Milan travel to Florence looking over their shoulders regarding a top four spot. They beat Fiorentina 3-2 in a real game of ups and downs, starting with Ibrahimovic’s opened, but with Pulgar and Ribery scoring each side of the break before Brahim Diaz and Hakan Calhanoglu completed a turnaround.

Best goal: Another contender for the best victory was the 2-0 win against Hellas Verona when Milan played without a recognised striker and put in one of their best performances, and Rade Krunic’s free-kick to open the scoring takes this award.

Best player: For the second time in a row, Tomori won our Player of the Month title. The Englishman settled in well as we have mentioned before and got his chance when played over Romagnoli and never looked back. He partnered up with Kjaer at the back and they seem to play along together with good chemistry.

Best game: There aren’t many contenders as Milan won just two of five league games – losing twice in the process to effectively end the title race – but the 3-1 win at struggling Parma takes it. Rebic and Kessie established a two-goal lead but Ibrahimovic’s red card and a goal to half the deficit caused panic, before Dalot fed Leao on the break to seal a dramatic win.

Best goal: The best goal was one that came in a loss as Calhanoglu curled in a beautiful opener for the Diavolo against Sassuolo in what ended up being a 2-1 defeat as substitute Raspadori netted a late match-winning brace for the Neroverdi.

Best player: Kessie was second in March but grabbed the top spot this time around as he was the most consistent player in April. The Ivorian was far from his previous best that we have seen this season, but compared to his team-mates he somehow managed to stand out yet again.

Best game: We are spoilt for choice here, so let’s mention all three games. The first was a first ever win at the Allianz Stadium against Juventus thanks to goals from Brahim, Rebic and Tomori, then the Croatian netted a hat-trick a few days later in a 7-0 mauling of Torino, and in the final game of the season a Kessie brace secured a win at Atalanta than not only sealed a return to the Champions League but also top spot.

Best goal: Absolutely no question about this: it’s Rebic’s goal against Juve. Amazing technique and an incredible impact off the bench from the ex-Eintracht man as he found the top corner with a screamer.

Best player: Simon Kjaer got it with an average of 7.25. The Dane was brilliant against the Juventus and Atalanta and he sure deserved the praise coming his way after a lot of people probably thought he would never play for a big side again. It was another sign of what a pillar for this Milan side he would be heading into the Champions League next season.

What happened: The transfer window began with Mike Maignan’s arrival from Lille and the stunning news that Milan had decided to move on from Gianluigi Donnarumma.

What happened: Four more incomings were closed as Tonali joined permanently following some intense negotiations with Brescia, Brahim Diaz’s return on a two-year loan was confirmed, while Olivier Giroud signed from Chelsea and Fode Ballo-Toure was recruited from Monaco.

Giacomo Olzer went the other way as part of the Tonali operation meanwhile, while there were quite a lot of Primavera players who were sent out to various clubs to gain more experience.

Best game: There were two Serie A games to kick off the new season and Milan won both, but the 4-1 victory at home against Cagliari – one that featured a brace from the new man Giroud – certainly trumped the 1-0 win at Sampdoria.

Best goal: The one that most will agree sticks out most is Sandro Tonali’s first for the club – a sumptuous free-kick to give his side the lead in the game against the Sardinian side and one that was reminiscent of Pirlo’s up-and-over style.

Best player: The theme was summer signings as Brahim and Giroud got third and second respectively, but Tonali took the crown. This was where we first saw signs that he looked to have settled and was working hard to prove the doubters wrong to put right a tough debut season.

Best game: Milan kicked off the month with their best performance, beating Lazio 2-0 in a game that honestly could have had a wider margin of victory, with Leao opening the scoring and Ibrahimovic completing his comeback from injury with a goal.

Wins against Venezia and Spezia were nice too – with the latter featuring Daniel Maldini’s first Milan goal – and the draw at Juventus was a battling display as was the Champions League defeat at Liverpool.

Best goal: There is some competition, but we’re giving this one to Leao for his fantastic work to create the goal he finished against Lazio. He took out the middle of the visitors’ with a surging run and showed immense composure to side foot home.

Best player: It was technically a tie, but despite having the same rating as Brahim, we gave the edge to Leao. There were several big games in this period where he took on the responsibility and was a constant threat going forward, dashing through defenders with his speed and technique, with two goals and an assist.

Best game: A 1-0 defeat at Porto made Champions League knockout stage qualification difficult, but five wins out of five in the league had Milan right up in the mixer. Going 3-0 up at Atalanta and winning 3-2 was big, as was the 4-2 win in Bologna having thrown away a two-goal advantage, but we are going with the 3-2 comeback win against Hellas Verona.

Two down at the break, it was Samu Castillejo of all players who changed the game, as Giroud’s header, a Kessie penalty and an own-goal completed a magical turnaround.

Best goal: Leao wins for the second straight month, this time for his incredible first time shot into the top corner that ended up being the winner, even though it put Milan 3-0 up against Atalanta at the time. There was a heads-up play from Messias too to realise he was offside and get out of the way.

Best player: With the saga surrounding his contract, Kessie was not at his usual high level for the start of this season with Tonali and Bennacer stealing the show. The Ivorian, however, reacted well to the competition and put in some dominant displays to earn an average rating of 6.75.

Best game: The team didn’t win in the as defeats against Fiorentina away from home and Sassuolo at home left a bit of a sour taste as the red hot pace set at the start of the season in the league drifted away a little bit.

However, it was the 1-0 victory at the Wanda Metropolitana that got the headlines as it Milan’s first in the Champions League for over seven years and kept hopes alive.

Best goal: There was an incredible story in that Atletico game Junior Messias netted his first for the Rossoneri to write the latest chapter in an incredible journey, and it was a really nice rising header to do it too.

Best player: Kjaer would suffer a season-ending knee ligament injury during the win at Genoa but got POTM with a 6.5 rating. In the derby and against Atletico he was solid, and he will certainly be missed for the remainder of the season.

Best game: The most dominant was the 3-0 victory against struggling Genoa on December 1, but the most entertaining was the 4-2 against Empoli to close the year. A brace from Kessie playing an unusual role, goals from two full-backs, a penalty, some goalkeeping howlers and six goals – this one had it all.

Best goal: Ibrahimovic’s free-kick at the Marassi to give Pioli’s men the lead gets this one. It was trademark Zlatan.

Best player: Saelemaekers responded to a rough November during which he looked fatigue and took top spot with a rating of 6.5. He had a hand in all four goals against Empoli, and scored his first league goal of the campaign against Salernitana too.

It was certainly an eventful year for Milan was 2021. Title dreams came, died and have been rekindled, while European campaigns burst into life, ended, came back and went away again. Thank you to everyone who followed it along with us, and here’s to a successful 2022.