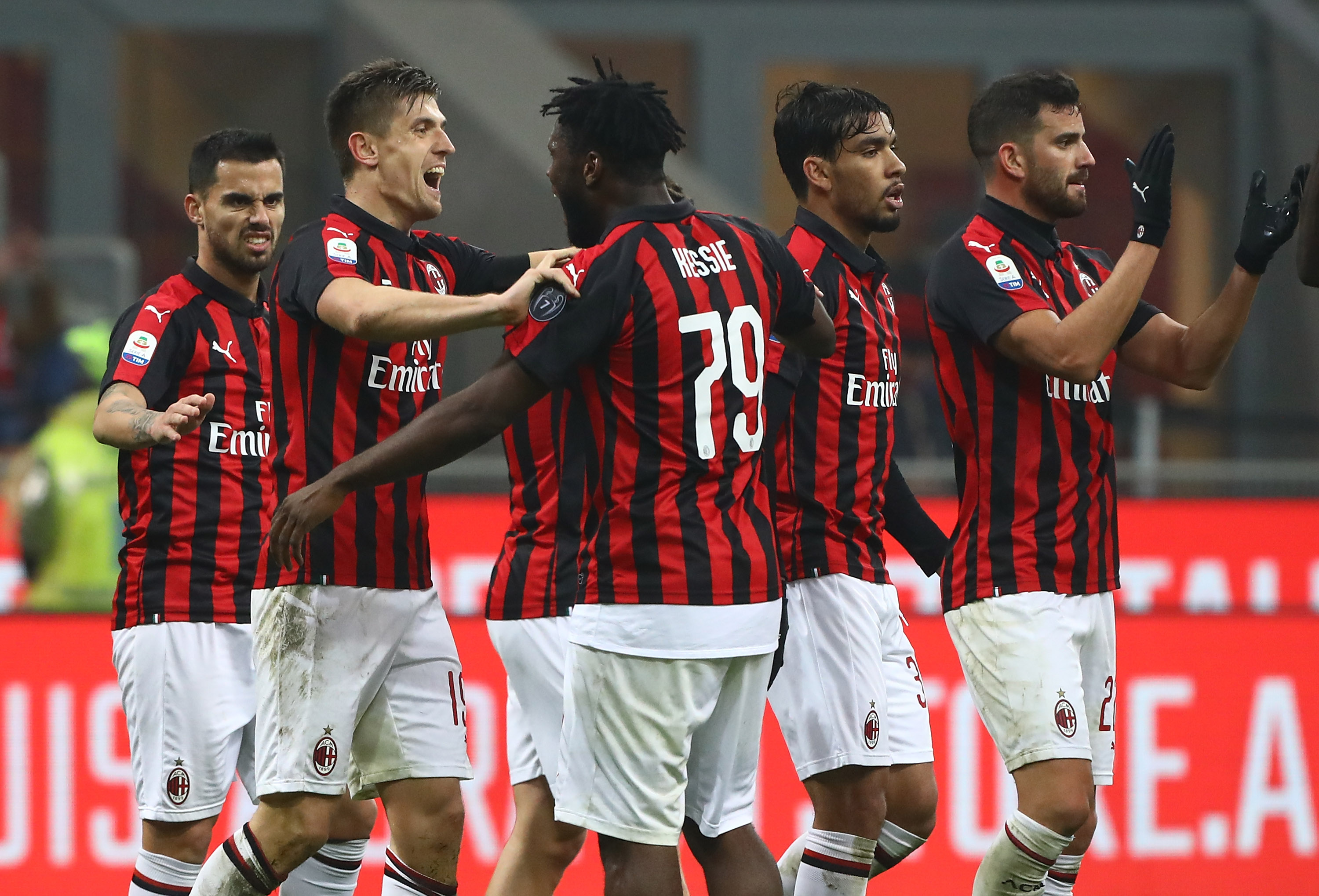 AC Milan retook fourth spot in the Serie A standings with a commanding 3-0 win over Cagliari at San Siro.

A piece of misfortune for Luca Ceppitelli gave Gennaro Gattuso’s side an early advantage, before Lucas Paqueta’s first goal in a Milan shirt sparked emotional scenes.

Krzysztof Piatek made it four goals in four competitive games for the Diavolo, putting the game to bed midway through the second-half, and a couple of superb saved from Gianluigi Donnarumma secured a just about perfect night.

Hakan Calhanoglu was the first player in a Rossoneri shirt to fire at goal, the Turkey international testing Alessio Cragno with a fierce low shot that was well parried for a corner.

Milan took the lead in the 13th minute through a stroke of fortune. Suso was found by a wonderful cross-field pass before cutting inside and his trademark fashion and drawing a stop from Cragno – but the Cagliari keeper hit Ceppitelli with his save and the ball looped in for an own-goal.

GOAL! Milan take the lead through an own-goal. pic.twitter.com/M3KGv83X13

Within 10 minutes Milan doubled their advantage, and it was a moment to remember for Paqueta. Davide Calabria had space to cross on the right side; his teasing ball finding the Brazilian who arrived at the far post to power home his first goal for the club.

GOAL! Paqueta is on the end of Calabria's cross! pic.twitter.com/xDXvL24cYC

In a touching moment, the former Flamengo star paid tribute to his former club following a fire that killed 10 people at the club’s training ground.

Just minutes later Krzysztof Piatek could have put the game to bed when he was put through on goal, though Cragno saved well as the Pole tried to lift the ball over him from close quarters.

The visitors gave Milan a scare when Joao Pedro directed the ball goalwards with a deft header, but Gianluigi Donnarumma was equal to it and parried to safety.

Cragno was called into action a couple of minutes before the break as Calabria got on the end of a neat ball from Suso in behind; the full-back almost completing a wonderful solo effort but the Cagliari keeper beating him to the ball.

The Sardinian side really should have halved the deficit on the hour mark after a slow start to the second-half, however Donnarumma first made an amazing save on Pedro, who then inexplicably chipped a seemingly straight-forward rebound onto the crossbar from six yards.

Minutes later Piatek would make Cagliari pay, as he latched on to a long ball over the top, flicking it into Cragno before Calhanoglu saw a follow-up effort well blocked. Piatek though showed great composure to gather himself and roll the ball into the vacated goal to make it four goals in four games in all competitions.

GOAL! Piatek is there to turn in the rebound! pic.twitter.com/K7Of2PREYy

It should have been four for Milan with just over 10 minutes to go as Suso pressed well and won the ball back around 20 yards out, but with the Spaniard racing through on goal he opened his body and fired just wide of the far post.

Ceppitelli, who scored the own-goal early on to start a bad night for Cagliari, fired a knock-down wide from close range – proving once and for all it was not their night.