AC Milan bounced back from Thursday night’s disappointment in London with a dramatic 3-2 win over Chievo at San Siro.

Andre Silva was the hero late on once again as he pounced on a loose ball in the final 10 minutes to nudge Milan ahead with his second goal in two Serie A games.

Hakan Calhanoglu had given Gattuso’s side an early lead, but that was cancelled out by goals from Mariusz Stepinski and Roberto Inglese.

Patrick Cutrone levelled the game in the second-half thanks to a VAR review, setting up the grandstand finish for Andre Silva.

Franck Kessie saw a late penalty saved which would have made it 4-2, but Milan held on to secure a vital win and keep the gap to fourth place at five points.

The Rossoneri had a half shout for a penalty inside the opening five minutes as Franck Kessie was seemingly bundled over, but the referee Maurizio Mariani waved play on.

In the 10th minute, Milan did take the lead as Calhanoglu scored his second goal in four days. Kessie broke free inside the box before firing the ball across goal; the ball deflecting to the Turkey international, who took a touch before firing into an almost empty net to settle any early nerves.

Six minutes later Lucas Biglia was encouraged to shoot 25 yards out, but the Argentine curled his effort over.

Despite being on top in the game, the Rossoneri were made to pay for their wastefulness as Chievo levelled. Emanuele Giaccherini found space in behind and shot, but the ball ricocheted to Stepinski, who had an easy tap-in to make it 1-1. 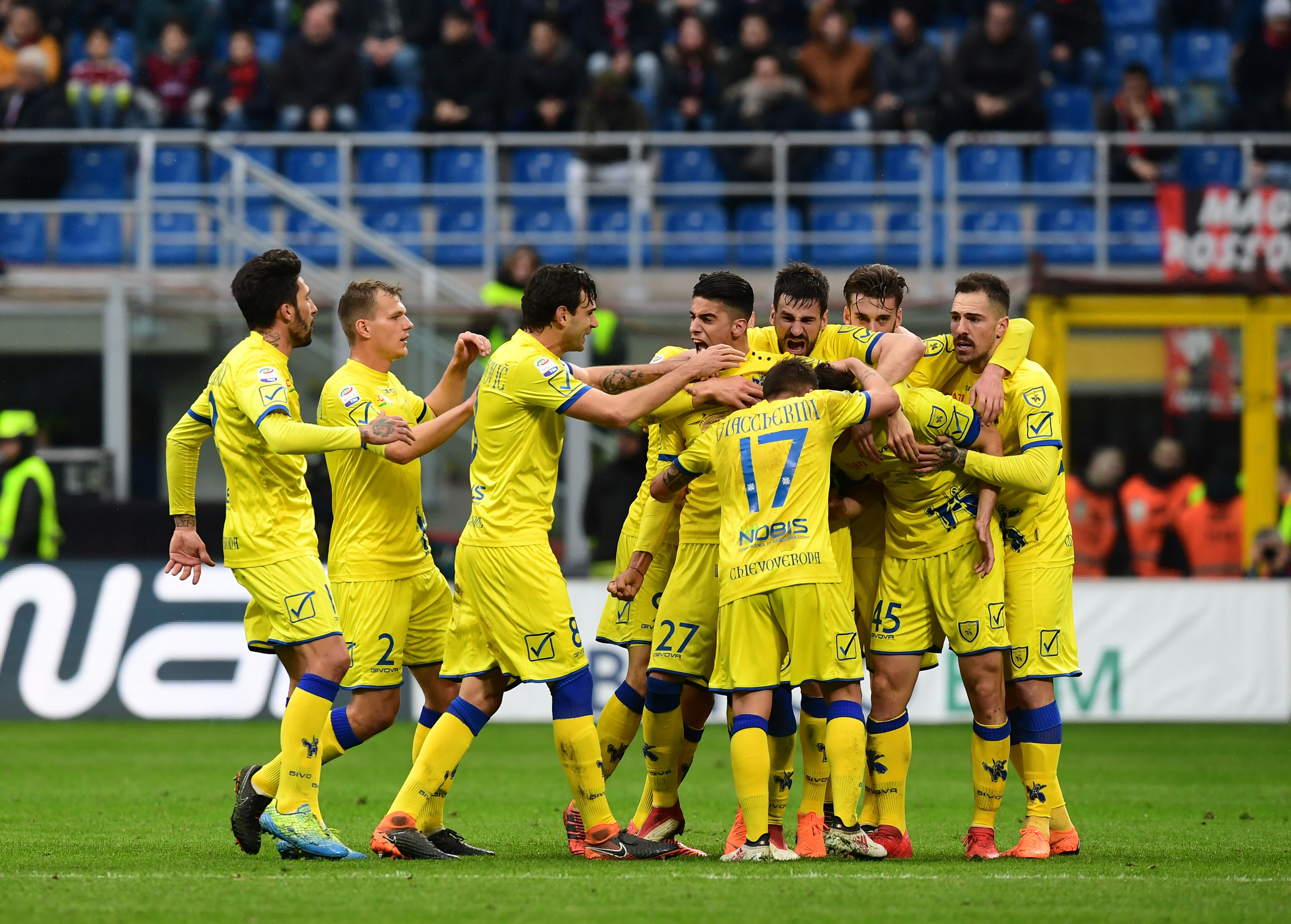 Things went from bad to worse inside a minute, as Roberto Inglese fired a sweet half-volley into the top corner to complete a quick turnaround.

Calhanoglu almost equalised immediately as he lashed a half-volley towards goal, but it just went wide of the near right post.

Suso then came close to levelling when he cut inside and whipped in a teasing ball, however it evaded everyone and was just wide of the far post.

Milan did finally get back on level terms eight minutes into the second half in controversial fashion. A low shot from Lucas Biglia was parried into the path of Cutrone who slotted home the rebound, but he was adjudged to be offside. However, after consultation with VAR, the goal was correctly awarded.

WATCH: Cutrone makes it 2-2, Milan are back in the game! #MilanChievo 2-2. pic.twitter.com/FvXjd7n0iw

Cutrone could have given Gennaro Gattuso’s side the lead not long after, though he couldn’t keep his header down from a pinpoint Suso cross.

Andre Silva, who entered as a substitute, missed a golden chance to give Milan the lead as he headed wide at the far post despite being unmarked.

Calhanoglu then saw an effort from 25 yards saved as Milan struggled to break down their resilient opponents.

Stepinski was lucky to avoid a red card for a nasty studs-up tackle, with VAR even deciding a yellow was sufficient.

However, there was to be a late twist, as Andre Silva made up for his earlier miss by thundering home a loose ball after a corner to make it 3-2 after 83 minutes.

The Rossoneri were presented with the opportunity to seal the game in the third minute of added time when VAR harshly adjudged Tomovic to have blocked a Calhanoglu shot with his hand, but Kessie saw his spot kick saved.

Milan hung on for a vital three points, one which keeps up the pressure on the sides in the top four.