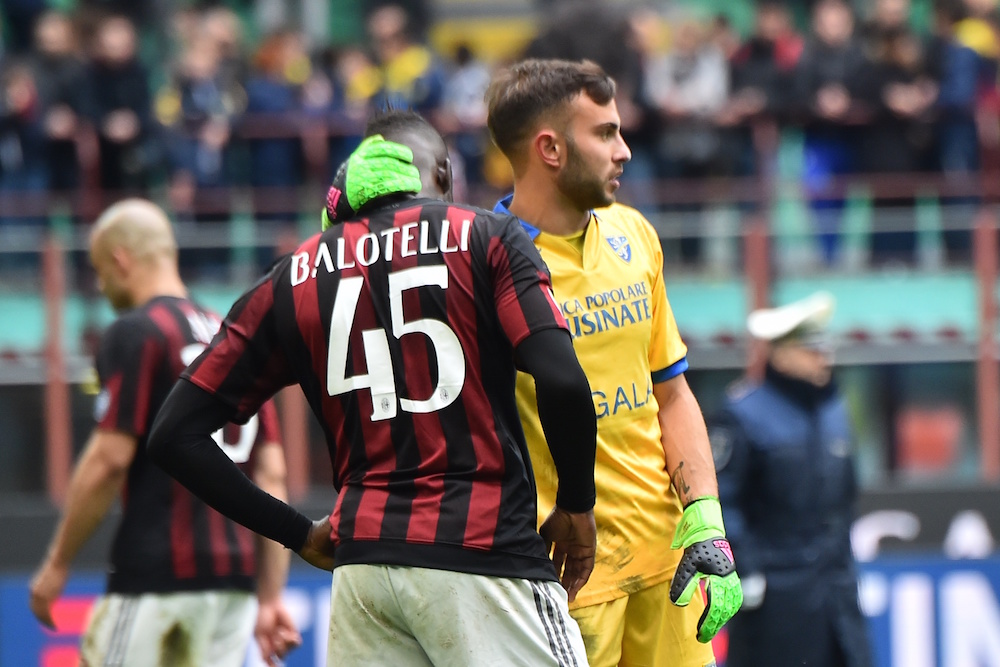 Donnarumma (5) – Gigio failed to replicate his previous performance against Hellas Verona, though you can’t really blame him, but there were times where he probably could’ve done better. Still very young, though, and he can only build on it all.

Abate (5) – The speedy full-back had quite a disappointing game, failing to really make an impact on the right side of defense, and it ended with an injury which probably isn’t too serious. 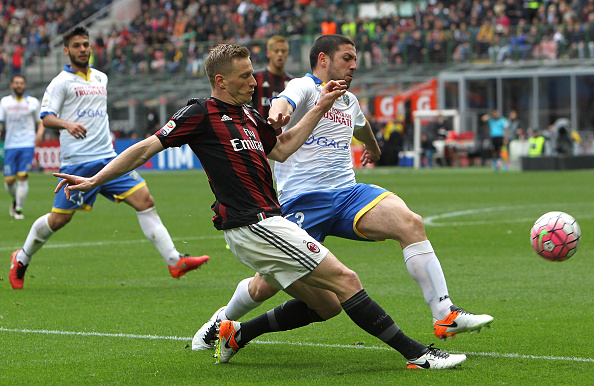 Alex (6) – Alex had an up and down game, making an error that led to the third Frosinone goal but also getting the assist for the second goal, after his header found Luca Antonelli who finished it off with a control of the chest and a spectacular overhead kick.

Romagnoli (5) – It was a below average performance for Alessio, who seemed a bit lost at times. Though it wasn’t a poor game by the young Italian defender, just not quite what we’re used to seeing and expect to see from him.

De Sciglio (4) – Despite a few good crosses put in, Mattia had a poor game overall, failing to really make an impact and contribute in attack as well as defending poorly throughout the match.

Kucka (6) – Juraj had a below average game compared to what we’re used to seeing of him but was still one of the better players in the field. The Slovakian continues to work hard in the midfield running back and forth and putting in some great defensive work as well as creating chances in attack. 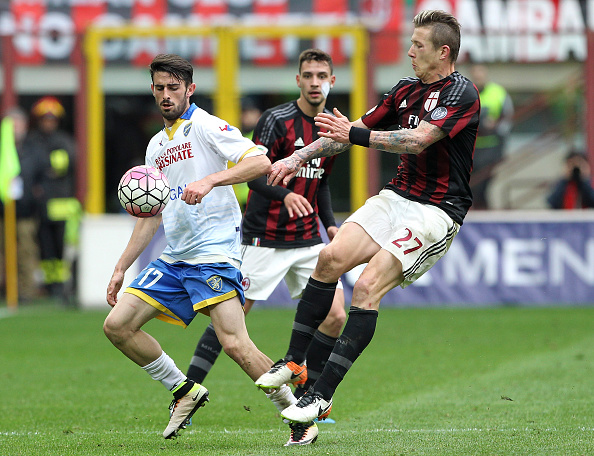 Montolivo (4) – Riccardo, yet again, had a very disappointing match and you wonder when he will make way for someone more deserving of a spot in the first team after il Capitano’s poor performances.

Mauri (6) – The little Argentine was one of the few men on the pitch who actually did pretty well. At times he struggled to find options to pass to and improvised which is refreshening considering he’s still relatively young.

Honda (5) – The Japanese Samurai was in the game, that’s pretty much all we can say about his performance. He didn’t do much other than coming close to scoring an acrobatic overhead kick in the first half, though he did provide a wonderful pass to Abate which led to Bacca’s goal. 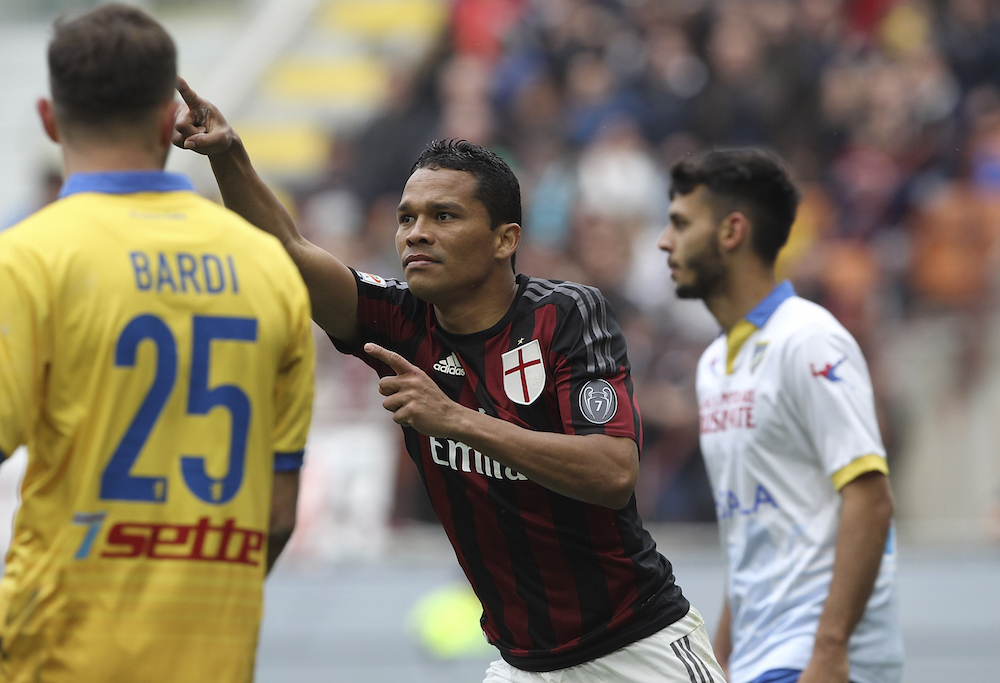 Bacca (6) – Wouldn’t say the Colombian had a great game but he was very much involved and got the Rossoneri’s first goal of the game and his 16th of the Serie A season, matching teammate Jeremy Menez’s tally with the Rossoneri last season.

Balotelli (6 MOTM) – Super Mario had yet another good performance, but again was just lacking the goal, which he would’ve gotten but unfortunately missed from the penalty spot early in the second half. He was almost the hero as his effort from outside the area hit the crossbar in the last minute.

Luiz Adriano (5) – The Brazilian striker came on for Keisuke Honda, making the play more offensive to try and salvage something from the match.

Antonelli (6) – Luca came of the bench replacing injured Ignazio Abate and immediately made an impact, scoring an overhead kick with his first involvement of the match. Grande Luca! 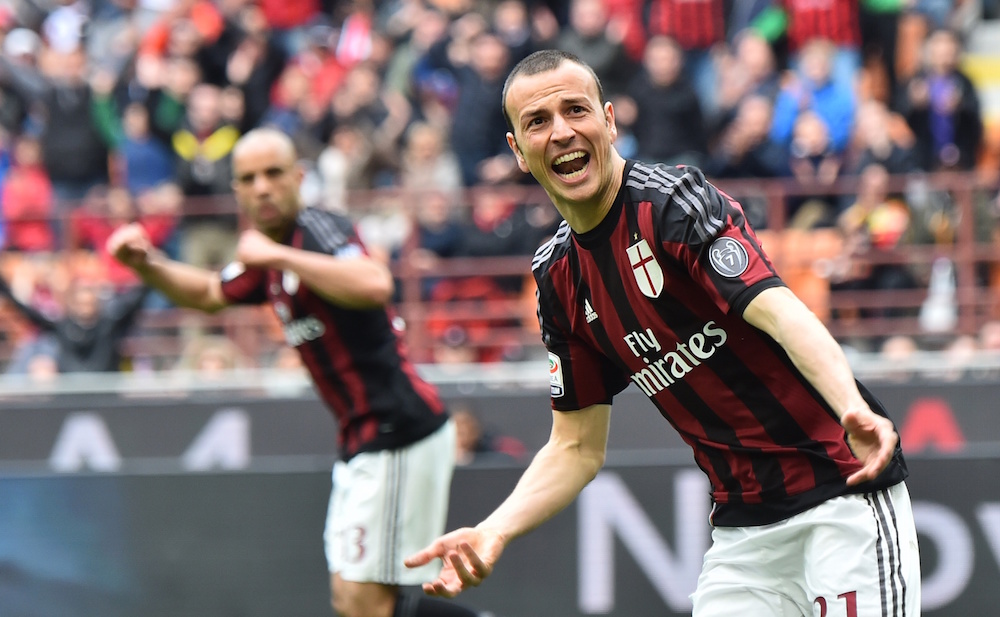 Menez (N/A) – The French attacker came on for midfielder Jose Mauri, going all out attack in the Rossoneri’s quest to get something out of the match. Jeremy didn’t make too much of an impact, but got the equalizer through a stoppage time penalty kick.

Cristian Brocchi (5) – Brocchi says it was not a negative performance by Milan… We beg to differ. The Italian fails to understand that you simply cannot be content after being held to a draw (only thanks to a stoppage time penalty) at home by relegation battling Frosinone. No matter how well the away team perform. 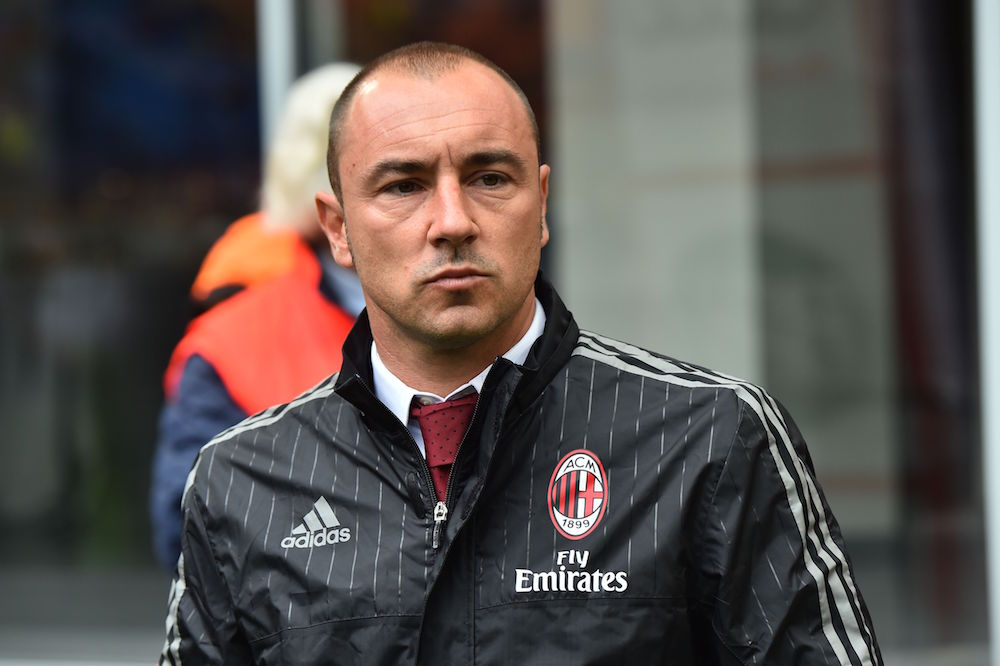