Coming off their first win in seven games Milan grabbed another important win in their mission to secure 6th place and the Europa League spot.

The game started off at a high tempo and continued at that frantic pace throughout.

Milan had countless chances, first Cutrone was on the end of a delicious Suso cross that was fantastically saved by Silvestri. Then came the breakthrough after some beautiful linkup between Bonaventura and Suso who then played the ball across the box for Calhanoglu to hit a wonderful striker to open the scoring. Hakan just kept coming back having a shot expertly saved and another going inches wide of the post. 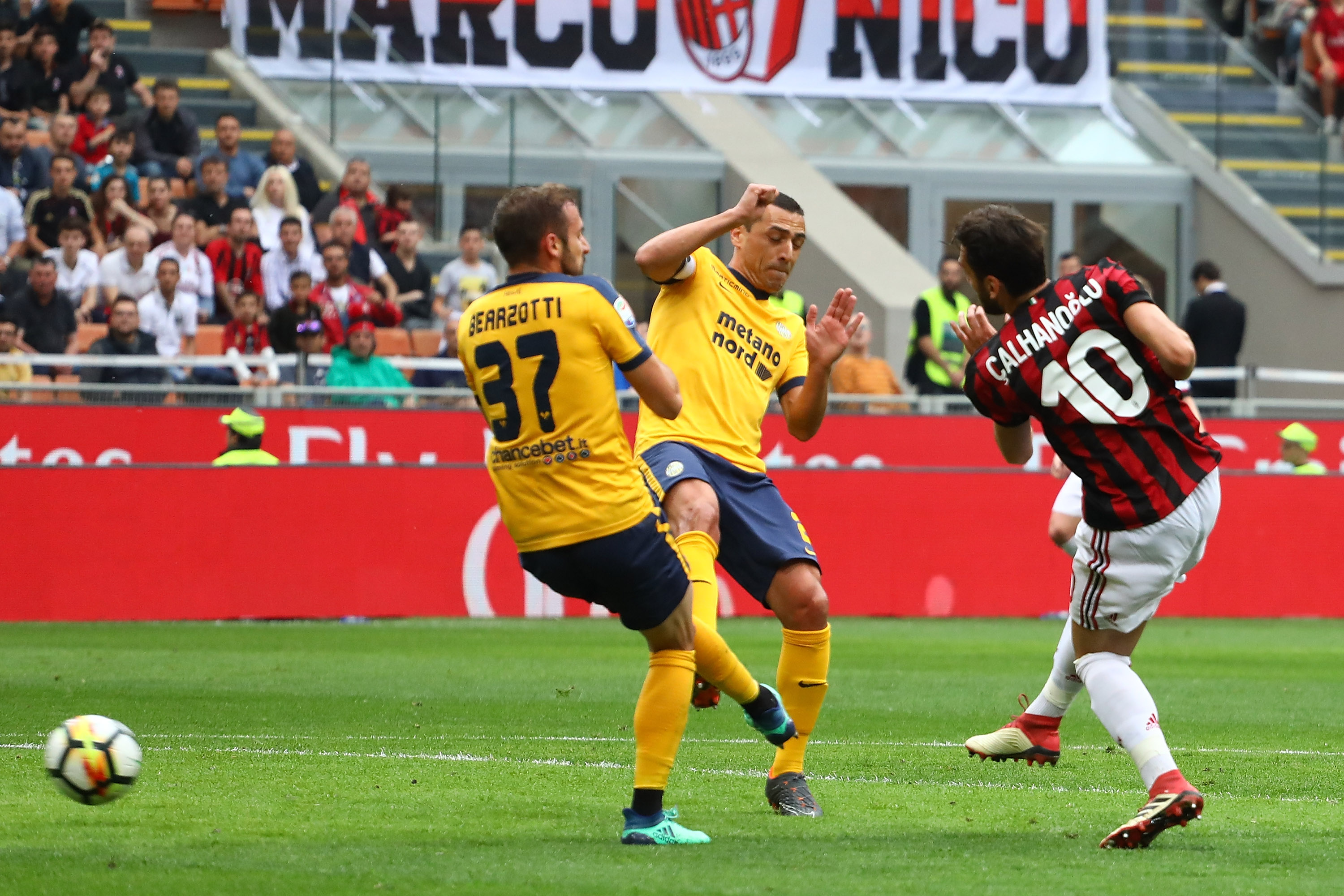 Verona offered little to no attacking quality and were eventually finished off in the 33rd minute when Bonaventura played a ball through the Hellas midfield to Cutrone who shielded the ball, turned and slotted into the bottom corner under pressure.

Milan could’ve had the third right before halftime when Bonucci and Romagnoli both scuffed an incoming corner from point-blank range.

After the break, Milan continued to exert their dominance on the proceedings when Abate played a one-two with Suso who slipped a nifty ball in between two Verona defenders for Abate who rifled the shot into the top left corner for Milan’s third. 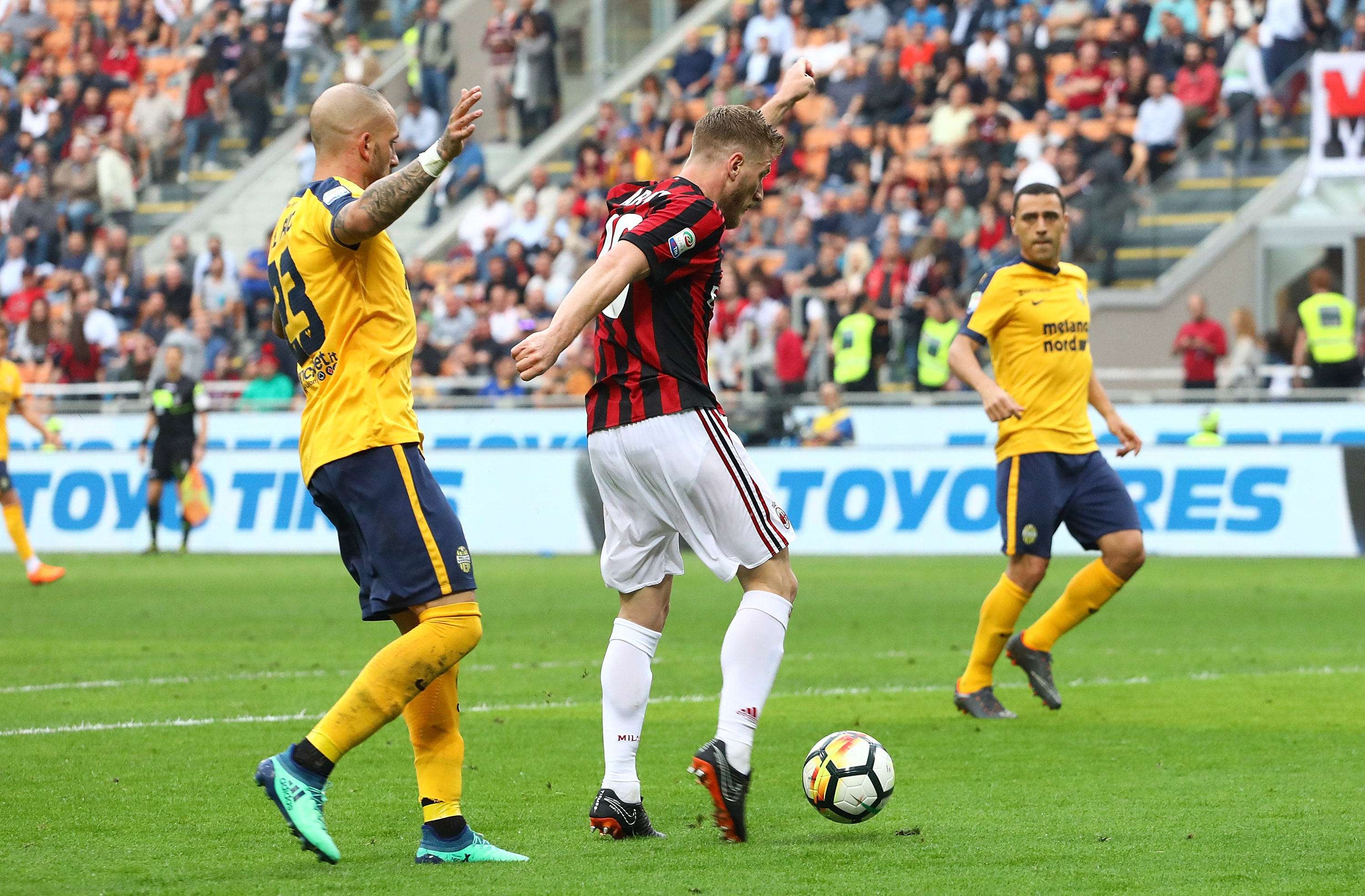 The game petered out a bit after that, Locatelli almost scored off a deflected. Hellas had their first and real chance of the game when Romulo rattled a freekick attempt off the crossbar.

There was still some action left with Lee Seung-Woo scoring a great consolation goal, and Borini replying with his own well-struck volley to condemn Hellas back to the Serie B and seal the three points for Milan