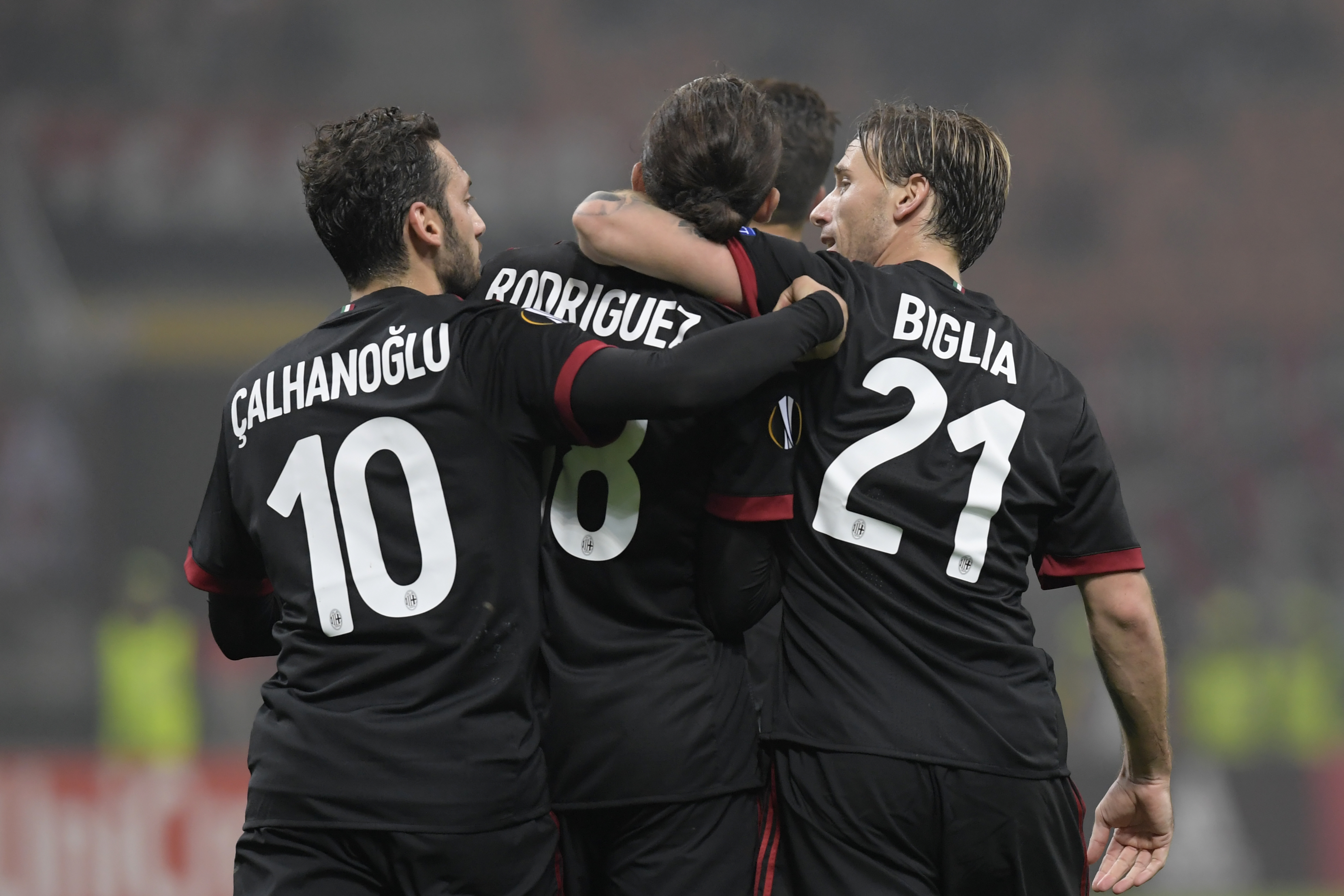 AC Milan secured their progression to the knockout stages of the Europa League with a comprehensive 5-1 win over Austria Wien at San Siro.

Goals from Ricardo Rodriguez, Andre Silva and Patrick Cutrone ensured the perfect first-half response after Milan went behind in the early stages.

Silva and Cutrone did manage to add another pair for the home side to round off the scoring; and thanks to Rijeka’s draw at AEK, Milan clinched top spot in the group with a game to spare.

The Rossoneri had the better of the opening exchanges and arguably should have taken the lead in the 15th minute as a low cross from Ricardo Rodriguez found Lucas Biglia on the edge of the box, who shot straight at the ‘keeper.

Just one minute later, Hakan Calhanoglu had the chance to test Patrick Pentz, but whipped his free-kick wide of the near left post.

Then the game sprung into life, starting with a shock opener for the visitors. A hopeful ball over the top was misjudged by Gianluigi Donnarumma, allowing Monschein to latch on and round the ‘keeper before sending a low, slow shot at goal which Leonardo Bonucci embarrassingly allowed through his legs and in.

That opener, which came in the 21st minute, lasted just six minutes as Rodriguez was on hand to equalise. A deep cross from Fabio Borini reached the Swiss international, who controlled well and fired past Pentz to make it 1-1.

Just 10 minutes later Milan – playing in their change black kit – took the lead. A powerful free-kick from Calhanoglu was taken under control by Andre Silva, who turned smartly and fired a shot in at the near post to make it 2-1.

Then, Vincenzo Montella’s men grew in confidence as Patrick Cutrone added a third; the teenager using a precise header at the far post to convert another exceptional cross from Borini.

Bonucci should have made it four inside the first three minutes of the second-half; the central defender firing over with a volley from a corner in acres of space.

The Rossoneri had a couple more clear chances to pad their lead as Andre Silva failed to convert from a Bonucci feed, and the resulting corner was well saved by Pentz.

The Portugal international did get his second of the game and his sixth of the group stages so far as he chested down a Calhanoglu cross before turning with his back to goal and finishing neatly, albeit slowly, into the bottom left corner.

With the final kick of the game, Cutrone added another to his tally as he latched onto a loose ball before rounding the ‘keeper and slotting in to make it 5-1.