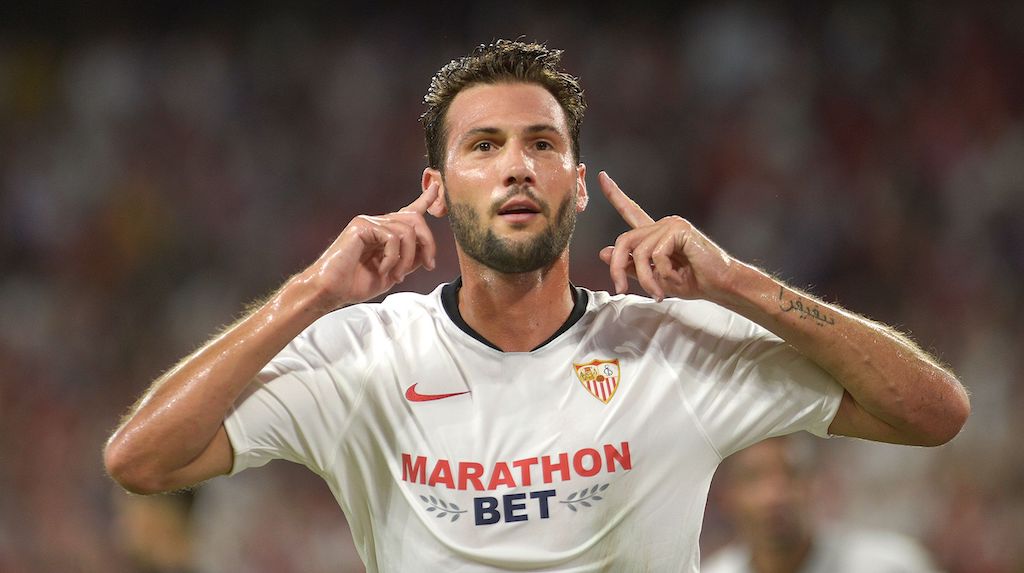 Sevilla midfielder Franco Vazquez has revealed that his dream is to join AC Milan at some point in the future, having been linked in the past.

It was first reported all the way back in 2016 that the Rossoneri were in talks over a move for Vazquez when he was at Palermo, where he of course formed a fearsome partnership with now-Juventus striker Paulo Dybala.

It was reported by Sky Italia four years ago that the requested price tag was €25m and that the Argentine had said yes to joining Milan, however in the end he joined Sevilla for a fee of €15m (via Wikipedia).

Since his move to Andalusia, the 31-year-old has amassed 25 goals and 19 assists in 164 appearances across all competitions, including six goals this season.

He spoke about his future during an interview with Radio Miter Cordoba and discussed links with Lazio, before making a surprise revelation regarding the Rossoneri.

“I really enjoyed playing in Italy, but now I have a clear idea of ​​what I want to do, and it is to continue playing at levels top in Europe,” he said (via Calciomercato.com).

“With Lazio there is nothing, the pandemic has stopped everything, including the market. Everything has remained at ‘to be seen…’.

“Where would I like to play? AC Milan have always interested me, as a child I dreamed of playing for them because I saw them on TV.

‘They were one of the strongest teams in the league, and when I was a child it was my favourite club in Europe. I liked Kaka so much, he was among the strongest in his role.”

MN: Tomori rejoins group training – he will play against Genoa after recovering from hip issue
29 November 2021, 14:53
Serie A Standings