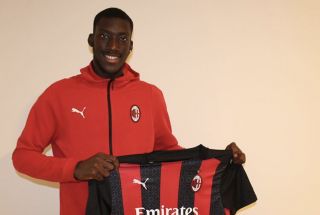 AC Milan look set to confirm the signing of Sochaux midfielder Coli Saco in the next few hours, according to a report.

Saco played 12 times last season for FC Sochaux’s U19 team in the league, and the 18-year-old is expected to join and become part of Federico Giunti’s Primavera team.

In fact, the deal appears to be done as a picture (see below) has been leaked showing Saco holding the Milan shirt, so an announcement should be imminent.