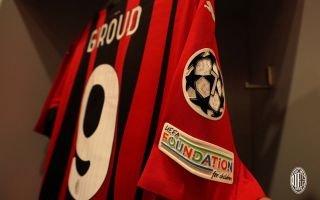 Last night’s draw against Porto at San Siro gave AC Milan their first point in their return to the Champions League, but it was a missed opportunity to keep their qualification hopes alive.

As things stand, Milan are bottom of the group with just the one point from four games, while Liverpool are top with 12 and have virtually qualified for the knockout stages, while Porto are second with five points and Atletico Madrid are third with four points.

Qualification for the last 16 is very complicated for Milan but one thing it isn’t is mathematically impossible, because there are still two ways that Pioli’s men can crack the top two.

➤ Milan win both games, Porto lose against Liverpool and draw with Atletico Madrid or lose in the event that Milan have a better goal difference than Atletico Madrid.

➤ If Porto draw with Liverpool and lose to Atletico Madrid, at that point the Rossoneri can go through with two wins if they close the group with a goal difference better than Atletico.