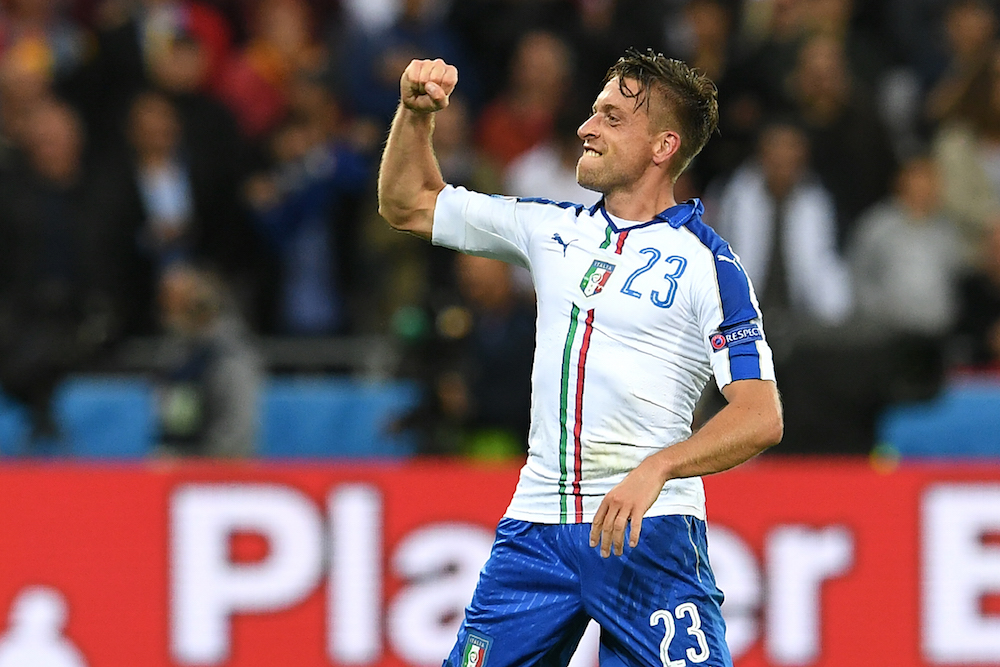 Milan among trio linked with move for Giaccherini

Emanuele Giaccherini is the man of the moment after scoring the first of Italy’s two goals in their win over Belgium at Euro 2016.

He is set to become one of the hot names of the summer transfer window as a move back to Serie A looks likely, as he is currently under contract at Premier League club Sunderland until 2017.

Torino have already offered the Black Cats €2.5 million for his services and the player a three-year deal in Turin worth €750,000 a season and a chance to link up with his former boss at Bologna Sinisa Mihajlovic.

There could be competition now however, with Fiorentina and Milan also in the running to sign the 31-year-old. New technical director at the Tuscan club Pantaleo Corvino was responsible for bringing the player to Bologna during his time there and he would love to repeat the operation with La Viola.

Then there is Milan, who have reportedly expressed their desire to temp him to the San Siro. Any suitors have to convince Sunderland to part with the midfielder of course but his performance in Lyon last night will have done nothing to harm his reputation.