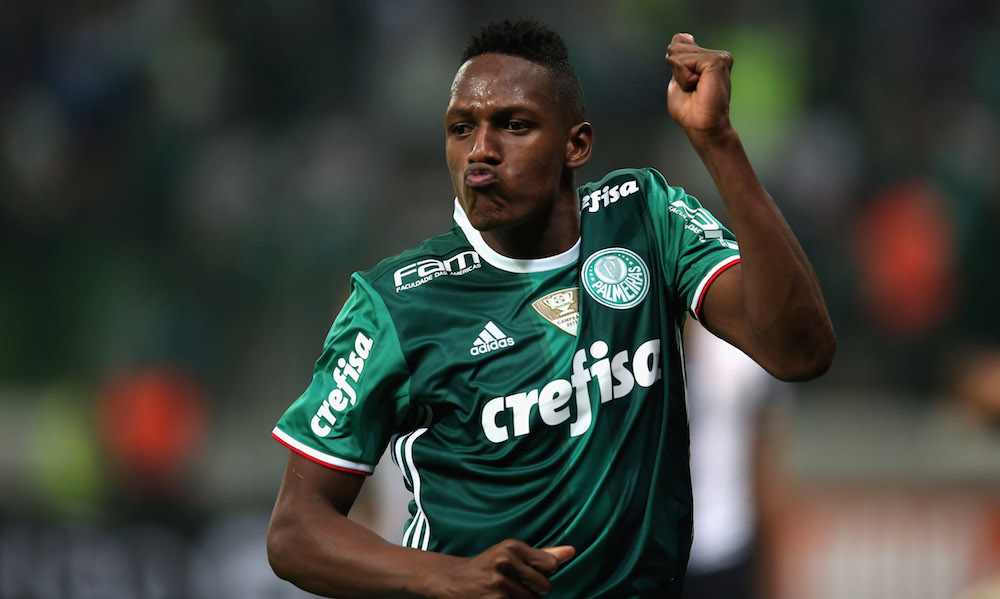 Milan and Barcelona to battle for Colombian starlet

AC Milan and Barcelona are battling it out for Colombian centre-back Yerry Mina.

The 22-year-old defender is considered one of the finest youths in his position and Spanish media had claimed that the Blaugrana have already met the Palmeiras starlet.

​Bayern Munich and AC Milan, however, are also going to make an attempt to sign Mina, so much so his agent/uncle (Jair Mina) has revealed that there are many European clubs chasing the promising footballer.

“Where will he end up? It really depends on offers and on the player’s will”, Mr. Mina told Radio Caracol.

Yerry Mina begun his career playing as goalkeeper just like his dad and his uncle, but he was moved forward on the pitch a few years later.

As a centre-back he scored nine goals in 88 games. Palmeiras signed him from Independiente Santa Fe last May for just €4million. Today he has almost doubled his market value.