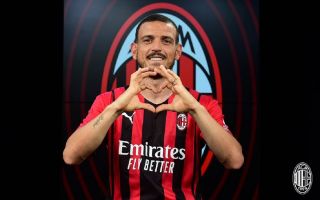 MN: Milan finally seeing the best of Florenzi as his mission for redemption continues

AC Milan are finally starting to see the best version of Alessandro Florenzi after some difficulties following his arrival from Roma in the summer.

MilanNews writes how having a deep squad full of players that have given performances at the highest level is important especially if they can bring versatility too, and Florenzi is certainly one of those who has both offensive and defensive qualities. He was signed on loan with an option to buy from Roma over the summer and will now have to prove his worth, but the recent signs are good.

Davide Calabria has been out for a few matches with a muscle problem so Florenzi was tasked with filling the gap left by him, which he did with determination and commitment. The games against Udinese and Napoli were poor performances but the Italy international stood out as being one of the better performers.

His attitude in the last few matches and his goal against Empoli are signs that Florenzi may well have turned a corner and is now very much on the right path to both personal redemption and repaying the faith shown by Maldini.