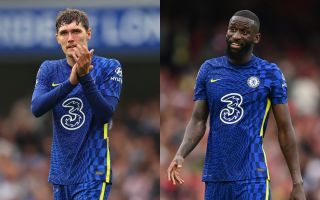 Simon Kjaer sustained a serious injury in the game against Genoa and will miss the rest of the season. Therefore, one of AC Milan’s priorities for the January transfer window is bringing in a centre-back.

The Dane has been a key player for the Rossoneri ever since he arrived in January of 2020 and he will certainly be missed on the pitch. Hopefully, though, Paolo Maldini and Ricky Massara can find a suitable replacement for the remainder of the season.

According to today’s edition of Corriere Dello Sport, as cited by MilanNews, Milan could once again turn to Chelsea for a centre-back. In the last January window, of course, they brought in Fikayo Tomori on a loan with an option to buy

The report claims that Milan have set their sights on two expiring defenders, namely Andreas Christensen and Antonio Rudiger. Several clubs are interested in these players so it won’t be easy.

However, given that they will both expire in the summer, Milan could perhaps snatch one of them by offering a fair amount in January rather than waiting.

READ MORE: No peace for Milan as Pioli catches the flu – his status for Udinese clash