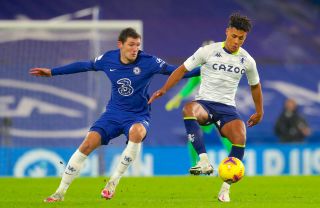 AC Milan have made Chelsea defender Andreas Christensen a target for January but any pursuit would be complicated, a report claims.

This morning’s edition of the newspaper il Corriere dello Sport (via MilanNews) reports that Milan are ready to intervene on the transfer market to strengthen Pioli’s defensive department after the injury sustained by Simon Kjaer, knowing they will be without the Danish centre-back for the rest of the season.

The Rossoneri management have not decided yet on whether to go for a player on loan with an option to buy or whether to sign a defender outright, but one of the profiles that most piques Milan’s interest is that of Andreas Christensen, whose contract with Chelsea is expiring next June.

Kjaer’s compatriot would be a quality reinforcement of course but his salary might be a bit too high for Elliott Management’s parameters, and furthermore the Blues would like to extend his deal.

READ MORE: Meeting scheduled for March to consider Ibrahimovic’s plans for the future