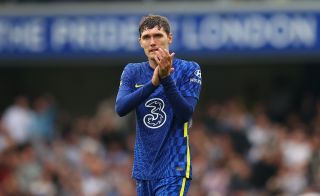 AC Milan are trying their best to convince Andreas Christensen to snub a contract extension with Chelsea and join them, according to one journalist.

Paolo Maldini and Ricky Massara might have been inclined to do nothing in the January window, but Simon Kjaer’s injury – which will rule him out for the rest of the season – has changed the plans of the management as they do not believe facing the second half of the season with Fikayo Tomori, Alessio Romagnoli and Matteo Gabbia is enough.

According to the latest from journalist Rudy Galetti, Milan are ‘trying to convince’ Christensen to join them and have made a verbal salary offer to his agent of €4m net per season. Not only that, but they have also made the promise of a crucial role in the team and his international team-mate Simon Kjaer has already talked to him about the club.

However, Chelsea are convinced that the centre-back will renew his contract with them, having been there for nine years since he joined their academy from Brondby all the way back in 2012.