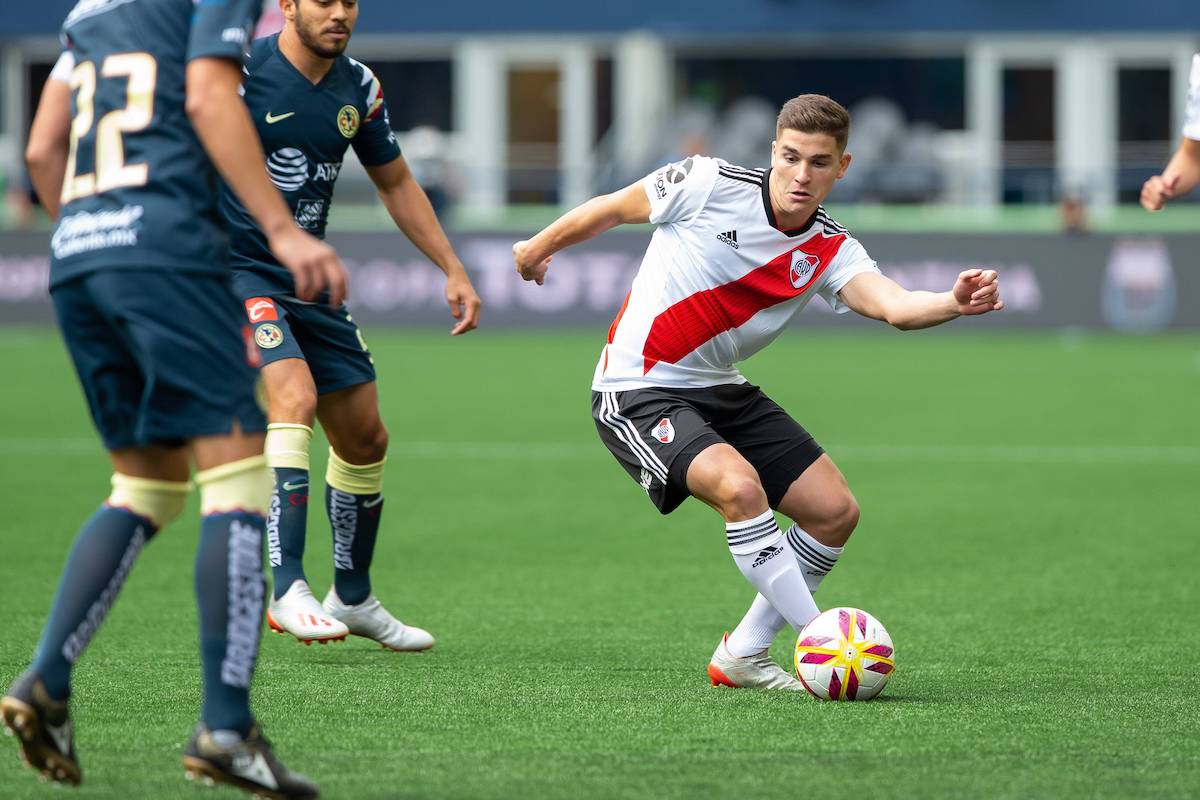 AC Milan face concrete competition in the race to sign Julian Alvarez from River Plate as a Serie A rival are serious about landing him, a report claims.

Calciomercato.com reports that a number of clubs have been monitoring the progress of Alvarez who continues to impress as he has 13 league goals this season plus a contract expiring in December 2022 and now seems ready to join a European club.

In addition to having reported Milan’s interest in Alvarez, the source reports that La Viola are closely monitoring the situation of the 21-year-old Argentin as Dusan Vlahovic might leave the club and they need a centre-forward of quality to replace him.

River Plate have set an asking price of €20m, which is just lower than his release clause of €25m. It would make Alvarez the second most expensive purchase in La Viola’s history, after Nicolo Gonzalez.

However, Fiorentina also know that signing Alvarez in January to work under Vlahovic could be useful as he would have time to adapt to Italian football without too much pressure and then inherit the number 9 jersey from the Serbian.

In addition, Fiorentina technical director Burdisso has a good relationship with Los Millonarios as seen in the operation that brought Lucas Martinez Quarta to Florence for €6m plus bonuses.