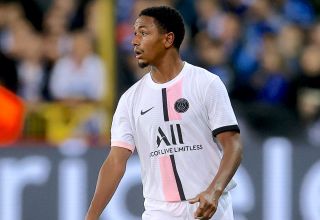 AC Milan want to try and close the signing of a new defender as quick as they can with two targets standing out in particular at the moment, a report claims.

Calciomercato.com reports that the main target for the Rossoneri is Sven Botman but Lille for the moment are not interested in a paid loan with option to buy deal which is what Milan are after given it would allow them to defer payment until the summer, therefore other targets are being probed.

In recent days sporting director Ricky Massara asked about West Ham United defender Issa Diop but despite the fact his contract expiring in 2023, the Hammers are not convinced about letting him leave in January so he would only be an option for later.

Abdou Diallo of PSG is another candidate but there are two major doubts: his €25m asking price and the fact the 25-year-old will play in the African Cup of Nations with the Senegalese national team.

Milan want to close the signing of a new centre-back as quickly as possible, so in the next few hours new contacts are expected with intermediaries in search of the best possible opportunity both from a cost point of view but also the characteristics of that player.