The arrival of Fikayo Tomori from Chelsea has seemingly been confirmed as AC Milan have in fact already deposited his contract.

Tomori will be Milan’s next signing this transfer window, after securing Soualiho Meite and Mario Mandzukic. The English centre-back is all set for the move and will have his medical today.

As confirmed on the league’s official website, the defender’s contract has already been filed. It is a proactive move that will allow Milan to get the transfer completed first and then the medical, and therefore be able to call him up for tomorrow’s game against Atalanta.

Interestingly, MilanLive report that Tomori has already had part of his medical examinations in London, obviously on behalf of Milan. He will undergo his sports fitness test later. 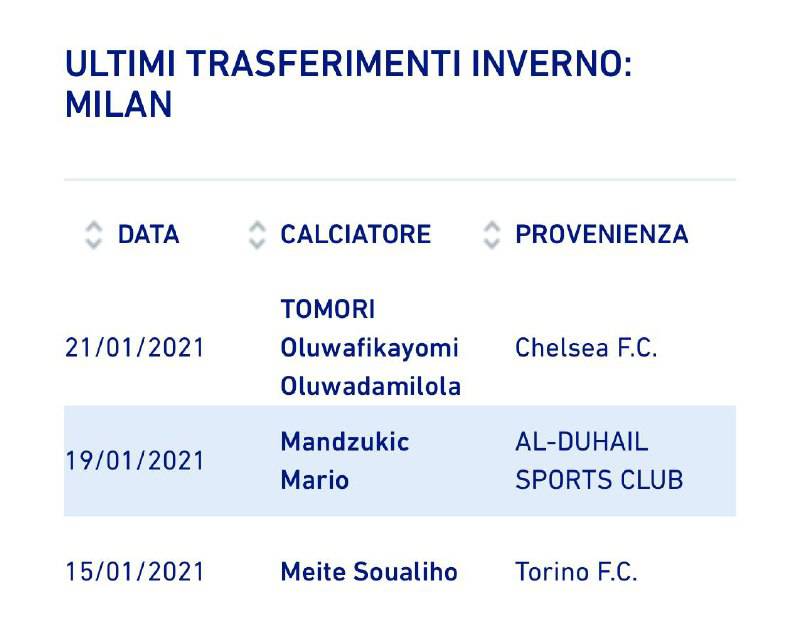 Tags AC Milan Fikayo Tomori
Related Articles
Krunic honest in assessment of Milan’s collapse: “Something is not like before”
5 February 2023, 23:45
Sky: Pioli not at risk but Milan directors approached dressing room with ‘gloomy faces’
5 February 2023, 23:33
Pioli believes Milan are not yet ‘mature’ as he explains formation and selection choices
5 February 2023, 23:28
Serie A Standings