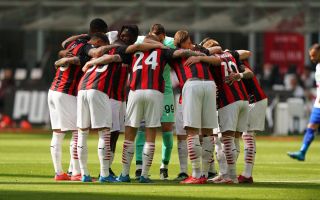 Comparing Milan’s 2020/21 season to the prior one, it’s like night and day as the Rossoneri have improved tremendously since the arrival of Zlatan Ibrahimovic. On the other hand, 2021 has been tougher for them.

While remaining the best side away from home, they have struggled at San Siro and most recently lost to Sassuolo there despite having a one-goal lead at half-time. And this is starting to hurt them in the Champions League race.

The rivals behind them are now just a few points away from leapfrogging the Rossoneri and it’s clear that the latter can’t afford to lose any more point. Given that their schedule is quite tough, it will be a challenge for sure to remain top four.

Having said that, the difference compared to last season is significant as they have 16 more points now than at the same point last term, as highlighted by MilanNews. Talk about improvement, in other words.