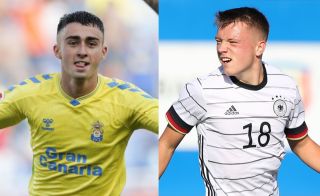 AC Milan are looking to reinforce their youth sector by poaching some talented young players from clubs abroad, a journalist has claimed.

The Primavera have had a dreadful start to the season as they have found themselves in yet another relegation battle having won just one of their opening eight games, losing five in the process. They have also lost three of their first four UEFA Youth League matches and are yet to register a victory, showing they are lagging behind.

According to the latest from Daniele Longo of Calciomercato.com, Milan are moving to reinforce their Primavera with some exciting young talent. The journalist claims that rumours of interest in Dzenan Pejcinovic of Augsburg have been confirmed to him.

It was Nicolo Schira who reported that Milan are keen on the 16-year-old striker, whose contract with Augsburg expires at the end of the season. He has 11 goals in 7 games for the Germany U17 national team, meaning he is very much a hot property for the future.

Longo goes on to mention that Milan are also interested in signing Alberto Moleiro from Las Palmas, who is represented by the agent Crnjar who the Rossoneri management know well. The 18-year-old plays as an attacking midfielder and has been compared to Barcelona star Pedri by some.

📉 The Primavera are facing ANOTHER relegation battle, and @olifisher has an expletive summary of their season so far.

🤔 Is it time to change the coach, and if so who should be hired?