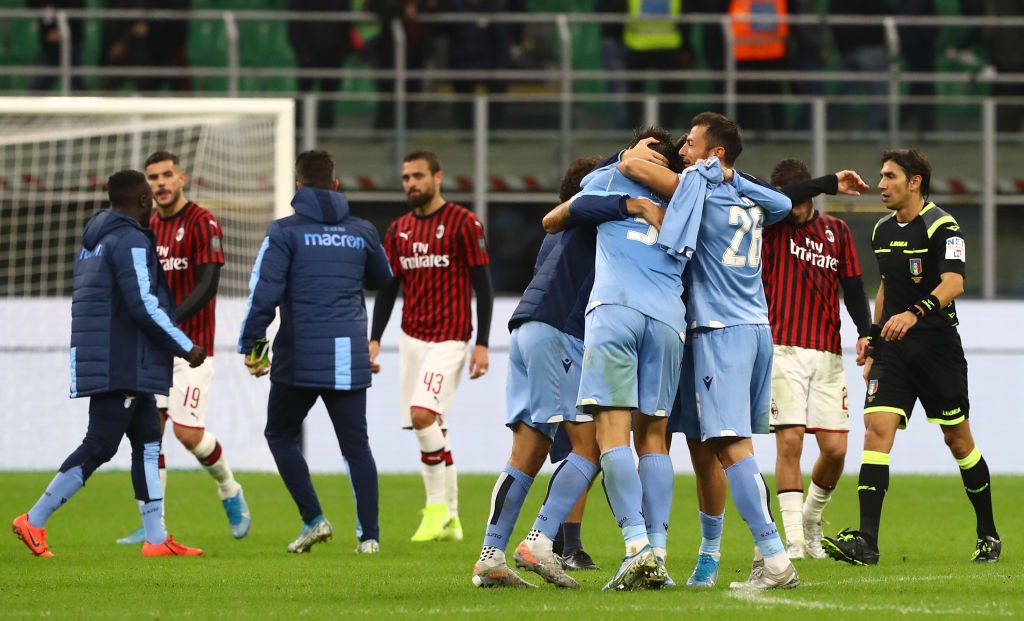 Milan fans react to history-making defeat: ‘Maldini as a director is a disaster’

AC Milan allowed Lazio to win their first game at San Siro against the Rossoneri in Serie A since 1989 on Sunday night.

Ciro Immobile scored the opener with a header to bring up his 100th goal for Lazio, but Milan drew level as Bastos deflected Theo Hernandez’s cross into his own net.

Just as it seemed the game was heading for a draw, the away side broke and Joaquin Correa finished past a stranded Gianluigi Donnarumma to snatch all three points.

It also means that Milan have lost six of their first 11 league games to start a season for the first time in 78 years, and top four is already surely too far away.

The result means there is now an eight point gap as Pioli’s side have found themselves in the bottom half once again, and it would be fair to say fans are not too happy.

This is the Maldini’s edition as a sporting manager “disaster”

The team played well. I don’t see how the coach is to blame

Rebic was defending as well that’s why he was so tired and wasn’t useful in attacking.

Bad:
– Piatek (too many lose posession & isolated by Lazio defender)

Motm Easily Bennacer
He left everything on the pitch

MoTh=> Bennacer like a diesel…
Worse=>Piatek always loss ball…
The tactic is good but no creativity and finisher…
Ramagnoli maybe need caldara,midfielder is more though with Bennacer in it,and as for the striker they more killer instinct…

Top Bennacer
Flop Duarte, maybe Rebic but he was playing a weird role. Duarte was so bad but he was decent before today and wouldn’t hate to see him over Musa again

It was a good game to watch, very interesting with a lots of actions. The problem is that we lack experienced players to say to the team to slow down, to put the ball in the tribunes sometimes, to be rough when we need to.

Top: Bennacer Flop: Leaõ
Besides a few missed ”simple” passes he was solid and recovered possession many times and distributed the ball well when Lazio pressed hard.
Leaõ seemed uninterested and were lazy and lacked focus. Could have done so much better with Hakans pass..

Actually romagnoli cost us both goals and duarte was just trying to cover his ass but couldn’t 🤷🏻‍♂️
Leao shouldn’t have played at all today. Looked tired, didn’t see him run today

We are an absolute shambles. Today a draw was probably a fair result. Who was the best player? Who gives a shit!!! We got beat, I couldn’t care less who played well. I just want us to be competitive again.