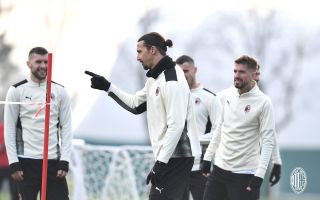 The calendar has flipped over to 2022 and AC Milan are facing five crucial commitments in the month of January that will be vital in setting the tone for the second half of the season.

As MilanNews writes, Milan will face off against Roma at San Siro on 6 January hoping to not only put more distance between themselves and the Giallorossi but also secure a league double over them and over their head coach Jose Mourinho who has had a mixed first season.

Three days later, AC Milan will be hosted by Venezia on Sunday afternoon for the first time since February 2002. On that occasion, the team led by Carlo Ancelotti won 4-1 with a brace from Javi Moreno and goals from Kaladze and Contra.

Then on January 13 Milan will face Genoa at San Siro, welcoming a familiar face in Andriy Shevchenko for their first knockout round of the Coppa Italia. Spezia will come to the Meazza on 17 January Milan for a league game, with another double up for grabs after Daniel Maldini and Brahim Diaz sealed the win in Liguria.

Finally, Milan will face Juventus in their third consecutive home match on 23 January hoping to go one better than the 1-1 draw they got at the Allianz Stadium. A win against the Bianconeri would be colossal, because the first match in February is the derby against Inter.

READ MORE: Lille slap asking price of over €70m on Milan and Newcastle’s No.1 target