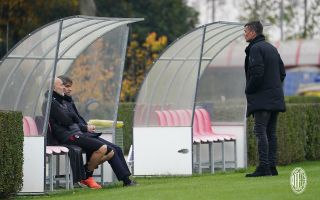 AC Milan’s management are working hard to get the core of the team to commit their long-term future to the club and they want four renewals done before the window reopens, it is claimed.

This morning’s edition of La Gazzetta dello Sport (via MilanNews) begins by reporting that head coach Stefano Pioli is very close to extending his contract beyond the current June 2022 deadline to 2024, adding that his deal should be made official before the game against Sassuolo at San Siro.

However, the paper adds that Milan plan to close three other very important renewals very soon, namely those of Theo Hernandez, Rafael Leao and Ismael Bennacer. The trio are all on contracts expiring in 2024 and are ready to extend until 2026, with Paolo Maldini and Ricky Massara having seen how damaging it can be to wait until close to the deadline to negotiate.

The management aim to close their renewals by the Christmas holidays, with each to net a nice pay rise as a reward for their performances and also perhaps as a ‘loyalty bonus’ of sorts.