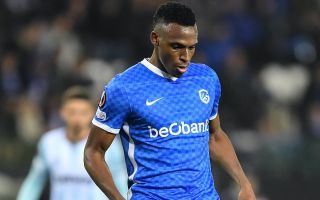 A new name has emerged in AC Milan’s hunt for a new centre-back and it a player from the Belgian league, according to a report.

According to Nicolo Schira on Twitter, Milan are monitoring the Colombian centre-back Jhon Lucumí, whose contract is set to expire in 2023. Last summer Atalanta were in talks to sign him, but Genk rejected their bid.

The 23-year-old has played 19 games across all competitions this season including six in European competitions, when factoring in Champions League qualifiers. He has one goal in 13 league games for Genk.

READ MORE: Details of Kjaer’s recovery plan emerge as defender will miss rest of the season