AC Milan goalkeeper Pepe Reina has insisted that he does not know what the future holds regarding where he will be playing next season.

The Spanish veteran swapped San Siro for Villa Park in January, joining Aston Villa on a loan deal until June, though there have been reports from various media outlets that his future with Milan is virtually over as CEO Ivan Gazidis looks to slash the wage budget.

He answered some questions on his Instagram story, as pictured below.

“I bonded with all my AC Milan teammates, but the thing I miss most is the people who work at Milanello,” he said,

“Gattuso? He is a real man,” he responded to another.

Finally, he spoke about his future beyond his loan spell.

“The loan expires on June 30 then I will have another year of contract with Milan. But in football you never know, do you?” 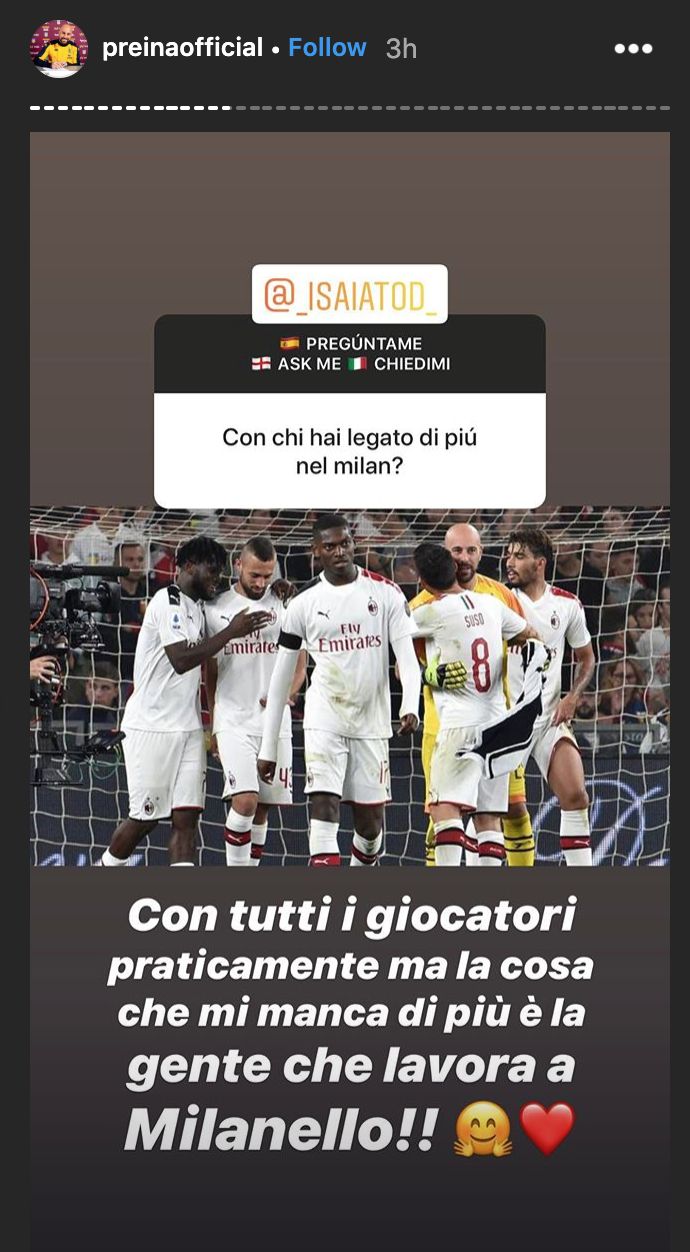 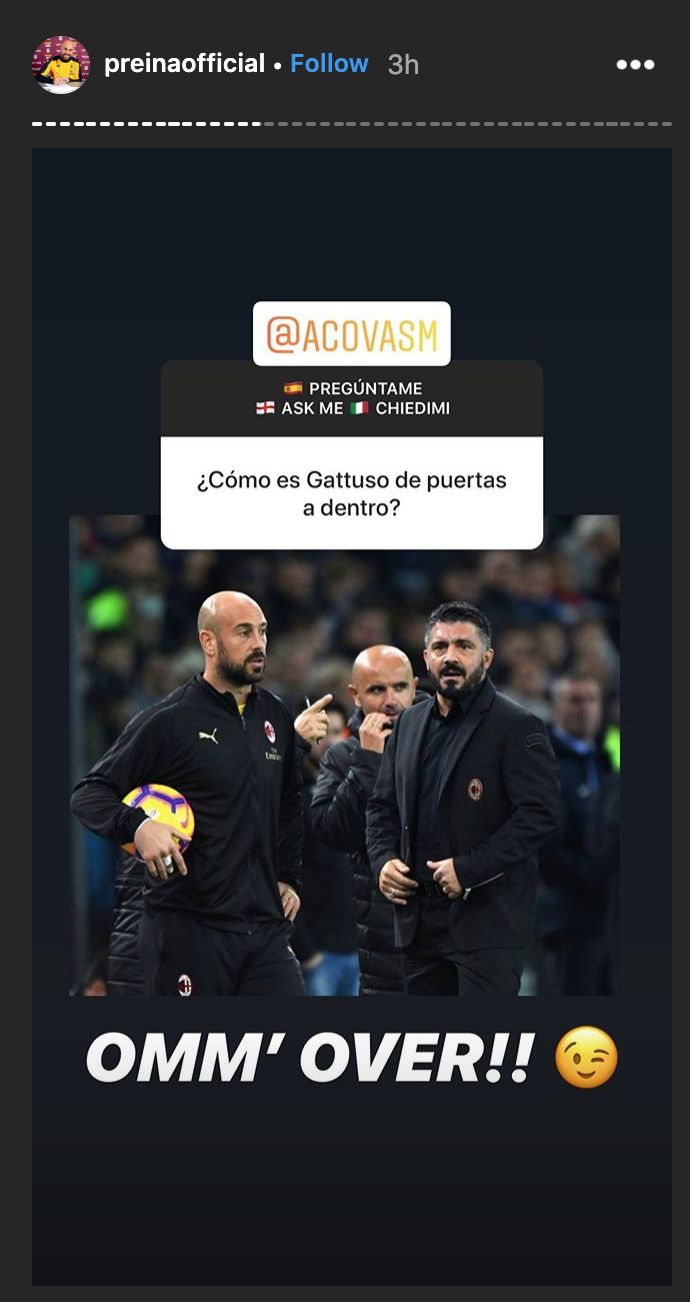 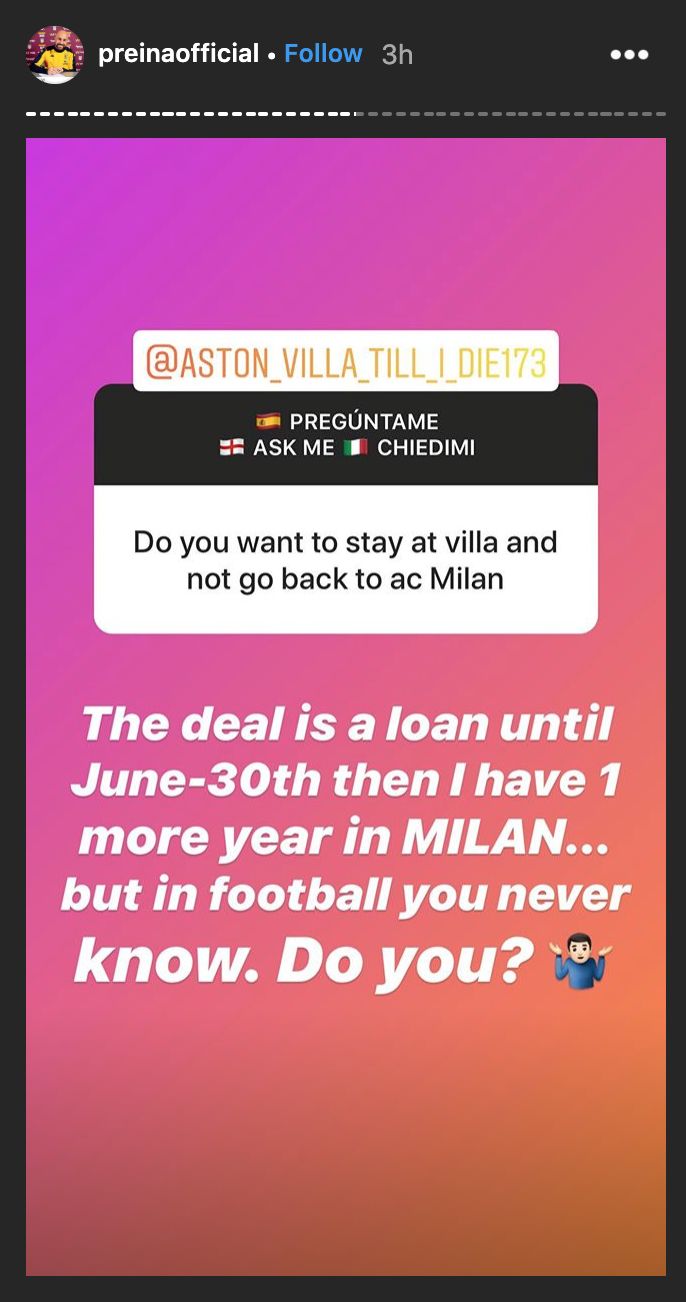