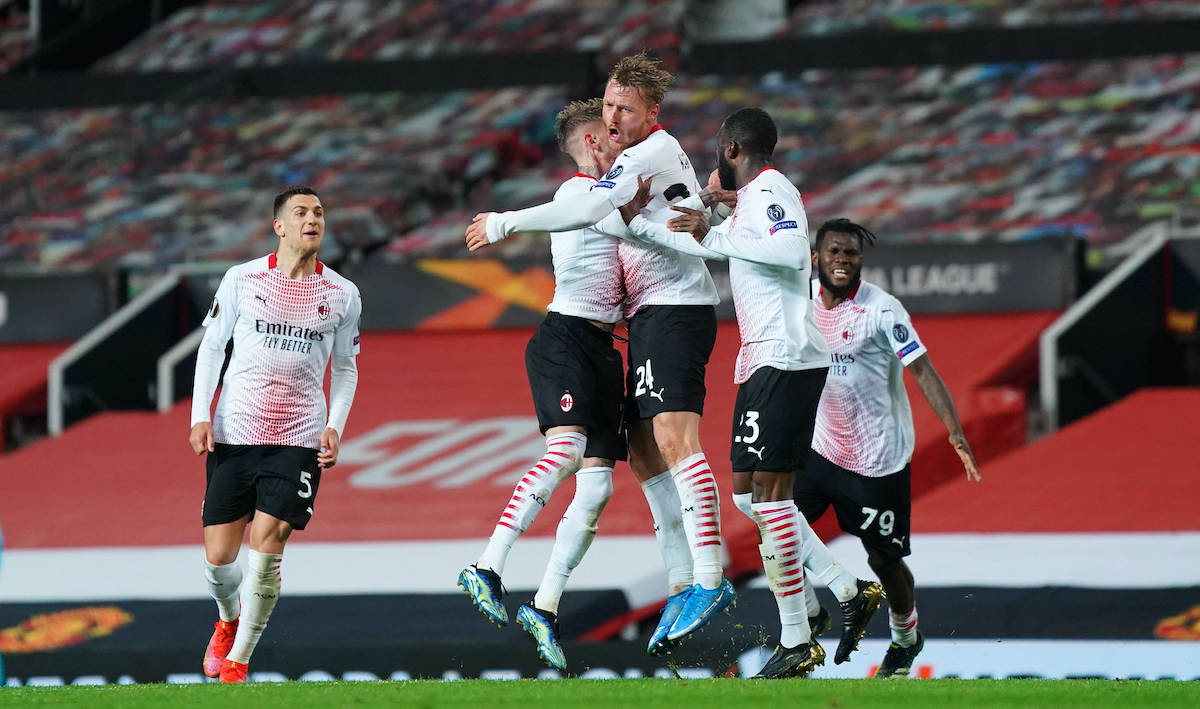 Milan were well on top in the first half and had a goal disallowed as Franck Kessie was controversially adjudged to have handled the ball before thumping a half-volley past Dean Henderson.

It looked like Pioli’s men would be made to pay for their wastefulness when Amad Diallo opened the scoring as his back-peddling header caught Fikayo Tomori and Gianluigi Donnarumma in No Man’s Land.

However, Kjaer – who was outstanding on the night – scored with a header from a corner in the second minute of added time to give Milan a deserved draw but also a crucial away goal heading into next week’s return leg.

Kjaer was interviewed by Sky Italia after the game, and revealed his belief that a draw was the least Milan deserved from a game that they dominated.

“It’s important. We had a great game, we came here with personality, we dominated, playing our game. The hand ball on Kessie’s goal wasn’t there, I talked to him, it’s a mistake . That goal would have changed the game. We had a great match tonight,” he said (via MilanNews).

“They have quality, but with personality and patience we can move the ball and play our game. We did it with personality, we came here with our chest out to play for Milan. The team played strong tonight, another very difficult game awaits us next week.”