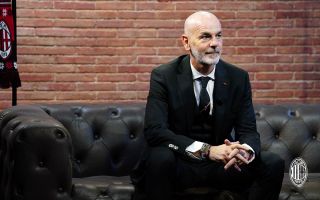 CorSera: Milan are back to having high ambitions – Pioli’s bonuses prove it

Yesterday, AC Milan announced that they have renewed the contract of head coach Stefano Pioli, who has done a tremendous job since he arrived in October 2019. And there are some interesting bonuses in the deal.

If you look at his record with the club, he’s the second-best Milan have ever had with a win percentage of 61% (minimum 25 games). Only Lajos Czeizler has done better with 64%. In short, Pioli’s impact is there to see for everyone.

The contract that he signed at Casa Milan yesterday, as reported by Corriere Della Sera (via MilanNews), will see him earn €3.2m per year. There are also several bonuses that can take that figure up to €4m.

The bonuses are linked to winning the Scudetto, Coppa Italia or Champions League, which that says a lot about Milan’s ambitions. Just qualifying for the Champions League, for example, is no longer everything as the Rossoneri are dreaming big again. And with Pioli at the helm, they can afford to do so.

READ MORE: The schedule of the day as Milan continue preparations for Sassuolo clash