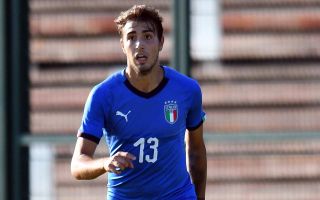 AC Milan held a meeting with Cagliari at Casa Milan on Monday afternoon to discuss the future of a young defender, a report claims.

Cagliari’s sporting director, Marcello Carli, met with Milan’s management to discuss Gabriele Bellodi, a 19-year-old centre-back owned by the Rossoneri but currently on loan at Crotone in Serie B.

The best solution for the defender was discussed as he is not finding space at present at the Calabria-based club. Cagliari are even thinking of signing him on a permanent basis, Gianluca Di Marzio reports.

Below is the video of Carli at Casa Milan…