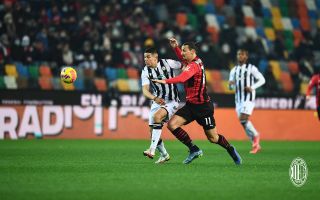 The January transfer window is fast approaching with only two games until interventions can be made, and AC Milan’s plans are becoming clearer.

According to what is being reported by Tuttosport (via MilanNews), the first bit of business that seems to be increasingly likely is Zlatan Ibrahimovic’s renewal. He continues to prove he can be decisive even at the age of 40 as his acrobatic overhead kick stole a point in added time last night.

The Swede still has the energy to carry the weight of the team on his shoulders despite the physical problems he has battled since his return, which is why he is pushing strongly for the extension of his contract. It is a renewal that he would like to arrive quickly.

Meanwhile, Simon Kjaer’s injury means that Milan’s plans have changed regarding next month as they must now sign cover despite having previously intended to do no business. The Rossoneri management are evaluating whether to sign a player who is ready to throw into the fray now, or a more prospective profile for next summer and beyond.

READ MORE: Elliott’s ambitions for Milan will be strongly indicated by centre-back signing