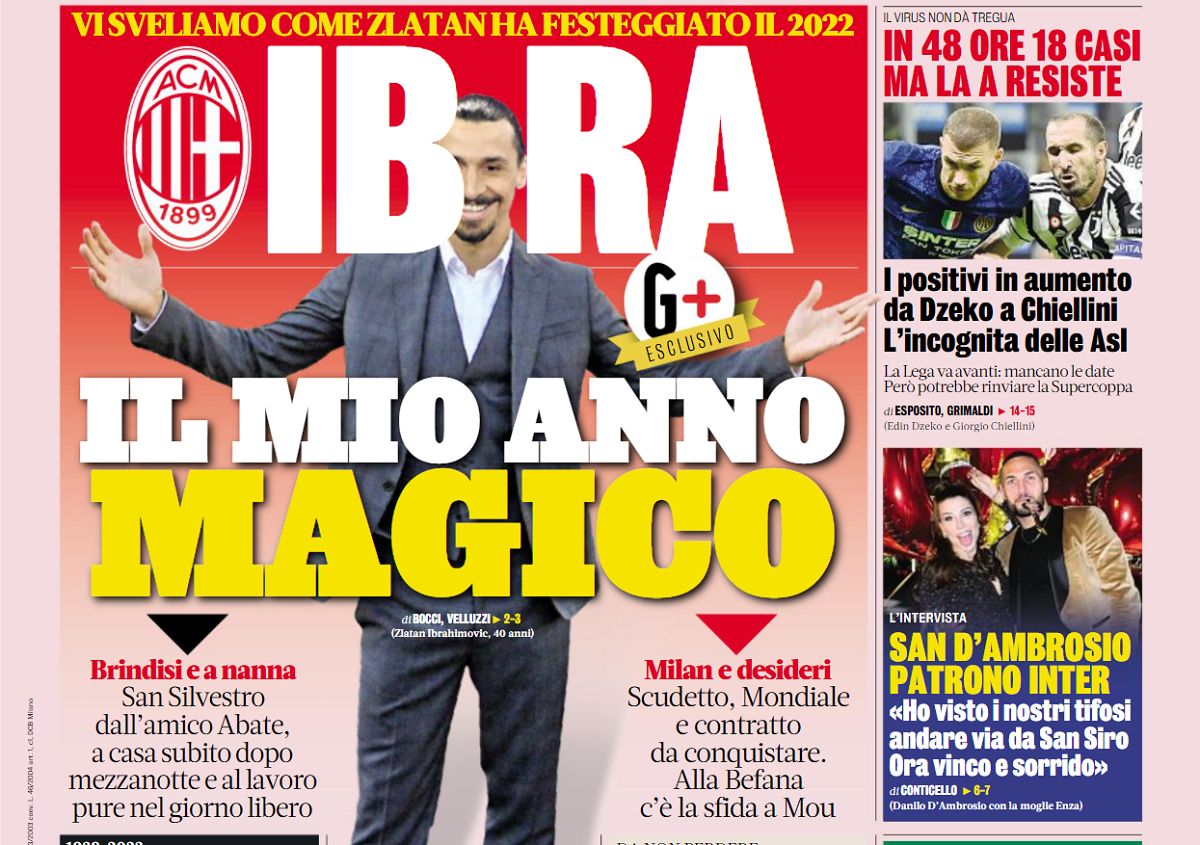 GdS: From domestic glory to the biggest stage – Ibrahimovic has three missions for 2022

After missing the last game of 2021 through injury, Zlatan Ibrahimovic is hoping to start 2022 on the right note and achieve some key targets.

According to La Gazzetta dello Sport (via MilanLive), Ibrahimovic has set three missions for 2022. The first concerns his future with the Rossoneri as the Swede wants to earn another contract renewal and continue to prove that he can be decisive into his 40s.

The second goal is to bring a trophy to the club and more specifically the Scudetto that has been missing since 2011. Ibrahimovic wants the title to end the season with an honour that would give even more prestige to his long and successful career.

Finally, is third focus concerns the last months of the year when the Qatar 2022 World Cup will be played. Ibra wants to be there after missing the European Championship, but there are play-offs to overcome first in order to get there, and then his physical condition must be right.