CF: Milan trim cost of playing squad by over €3m thanks to January business

With the January transfer window now in the rear view mirror, reflections on how the AC Milan squad looks before and after the mercato have begun.

The well-known source Calcio e Finanza (via MilanLive) estimates that there has been a drop of about €4m in the cost of the squad overall, because at the end of the summer transfer market the squad was valued at a cost of €150.1m per season, while now the figure has fallen below €147m.

It is thanks to the management removing some weight from the Rossoneri’s wage bill as the departures of Andrea Conti (who left permanently to Sampdoria), Pietro Pellegri and Alessandro Plizzari have reduced the salary commitments.

With the sale of Conti, Milan save €1m net in salary given that he received €2m a year and was under contract until 2022. The signings compared to the beginning of the season are instead Antonio Mirante (impact of €1.3m) and Marko Lazetic who will cost about €1m between net and gross salary. 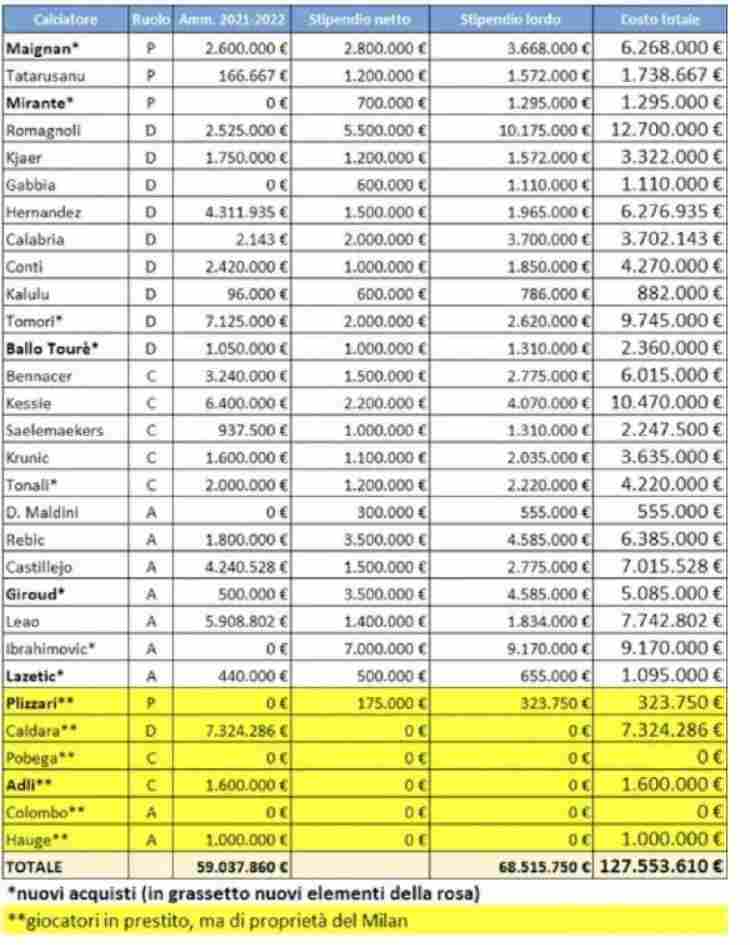