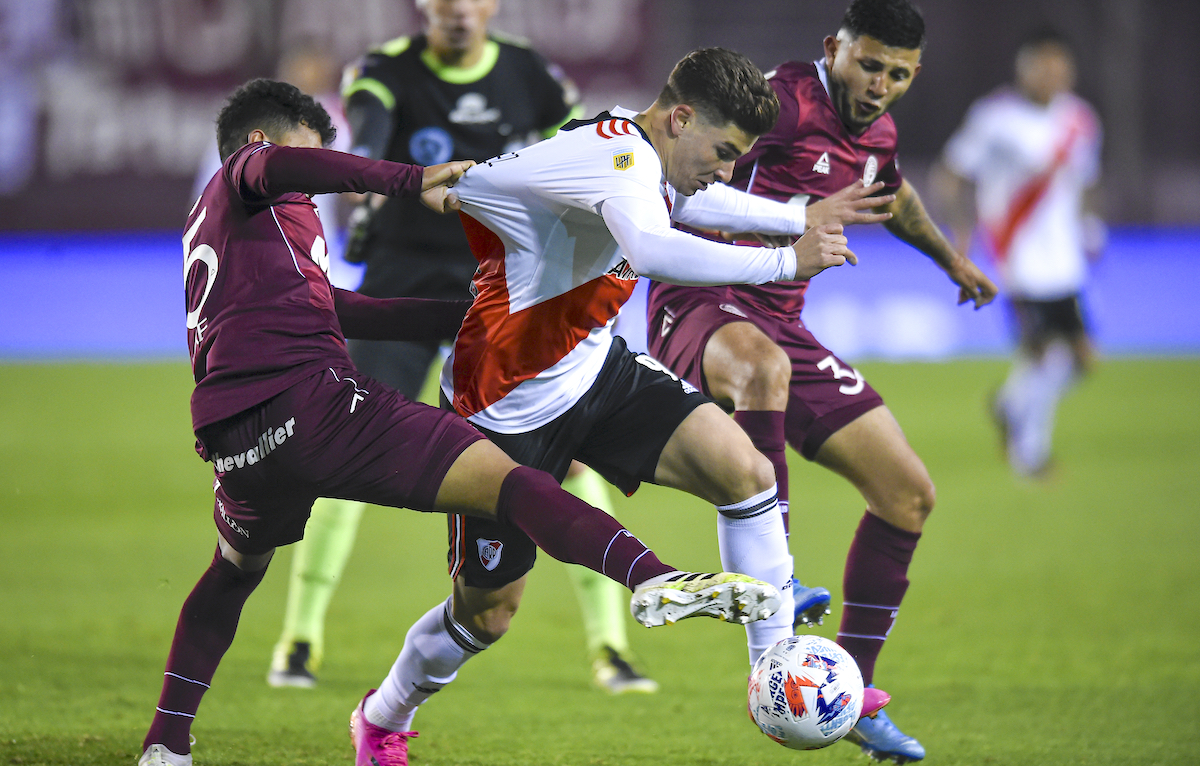 GdS: Agent of €20m River Plate star due in Italy for meetings with Milan and Inter

The agent of River Plate striker Julian Alvarez is set to meet with AC Milan to discuss the possibility of a move to Italy for his client, a report claims.

Milan are expected to invest in a new striker either this month or in the summer as Zlatan Ibrahimovic will turn 41 this year and his contract is about to expire, while Olivier Giroud is 35 and Pietro Pellegri should return to Monaco after his loan given his injury issues.

According to what is being reported by La Gazzetta dello Sport (via MilanLive), the agent of Julian Alvarez – Fernando Hidalgo – arrived in Europe in early January and is doing a sort of tour to meet clubs interested in the player, who has a €20m release clause in his deal.

He is due in Italy very soon where he will meet with Inter and Milan, as both clubs have sent scouts to Argentina to closely follow the 21-year-old. However, it seems tough for either to make a €20m investment this month so they may try agree a deal and leave him in Argentina until the summer.