AC Milan faced their bitter rivals Inter on Sunday night looking to continue their unbeaten run and potentially get ahead of Napoli and climb to the top of Serie A after the Partenopei only managed a point against Hellas Verona.

Unfortunately, Milan also only managed a point against Inter which all in all seemed like the fair outcome with both teams having their chances, but failing to get the edge in the end. The game started off badly for Milan as Kessie foolishly gave away a penalty which was then converted by Hakan Calhanoglu, but the Rossoneri’s answer came shortly after when De Vrij put into his own net.

Inter were later awarded another penalty, but this time saved by Tatarusanu keeping Milan level. Chances followed but neither team could get themselves in front as Saelemaekers hit the post in the dying moments, but overall a draw seemed fair and Milan are still joint top. Here are five things we leaned…

Franck Kessie found himself in the starting XI after a good run of form following a difficult start to the campaign, but started the game against Inter woefully giving away a silly penalty that he really shouldn’t have put himself in position to concede in the first place.

Excluding the penalty, the Ivorian did a really good job at man-marking Barella with the Italian struggling to make an impact in the game, and we all know he’s been a real engine for his side so in that aspect.

Kessie had the chance to snatch all three points for his team in the second half after the ball rebounded from the post into his path, but he failed to even hit the target and it did seem he should’ve done much better. A performance full of ups and downs for the Ivorian, but fortunately his team managed to get the point.

Fode Ballo-Toure was thrown into the mix with Theo Hernandez out due to a suspension and it was clear that Inter were trying to force their attack down the right hand side where the Senegal international was.

Ballo-Toure was really poor on that left flank also giving away a penalty in a situation where it looked though as he should have reacted quicker and made an easy clearance before scything Darmian down. Instead he got himself a yellow and gave away a second spot kick. 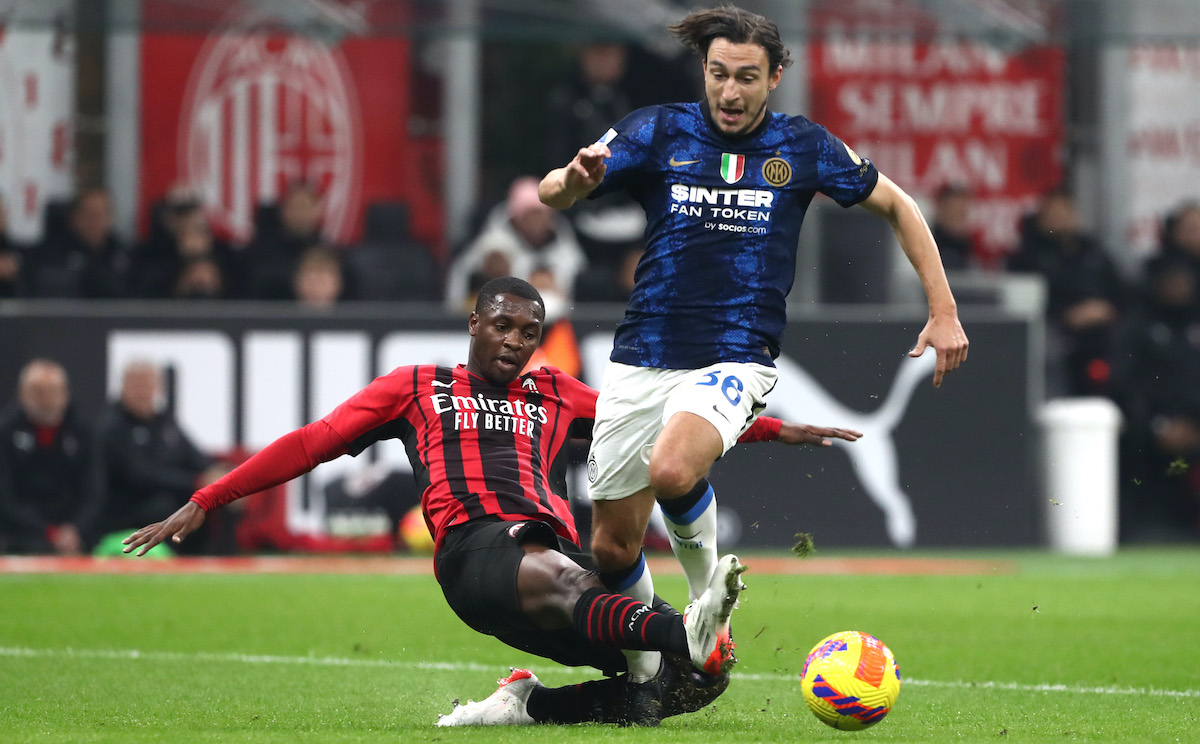 The inclusion of Kalulu in the second half made a big difference for Milan and it’s beginning to be clear that Ballo-Toure is far from the good quality back-up Pioli needs on that left side. Fortunately for the former Monaco man, time is on his side and he can still prove himself, but he’ll need to do way better.

Sandro Tonali seemed really determined to make an impact in the game and he did as his cross lead to Milan’s equalising goal. The Italian was fighting for every ball on the pitch as he showed great physicality and technical ability. He wasn’t afraid of going forward but he also helped a lot in defence and ran a lot through the time he was on the pitch.

His aggression was about the perfect amount as he was somewhat bullying Inter player at times without actually giving a foul away which is lovely to see as the balance he has to his game is wonderful. He keeps getting better.

Whilst Milan conceded and had two penalties given against them, it is fair to say that both of them were clumsiness from Kessie and Ballo-Toure rather than any mistakes from the centre-back pairing.

Tomori and Kjaer for their part were almost flawless as they managed to hold the defence tight and not allow any more goals in. Tomori’s pace and aggression was incredible with his speed allowing him to recover on multiple occasions while the Dane was as commanding as he usually is leading the line. 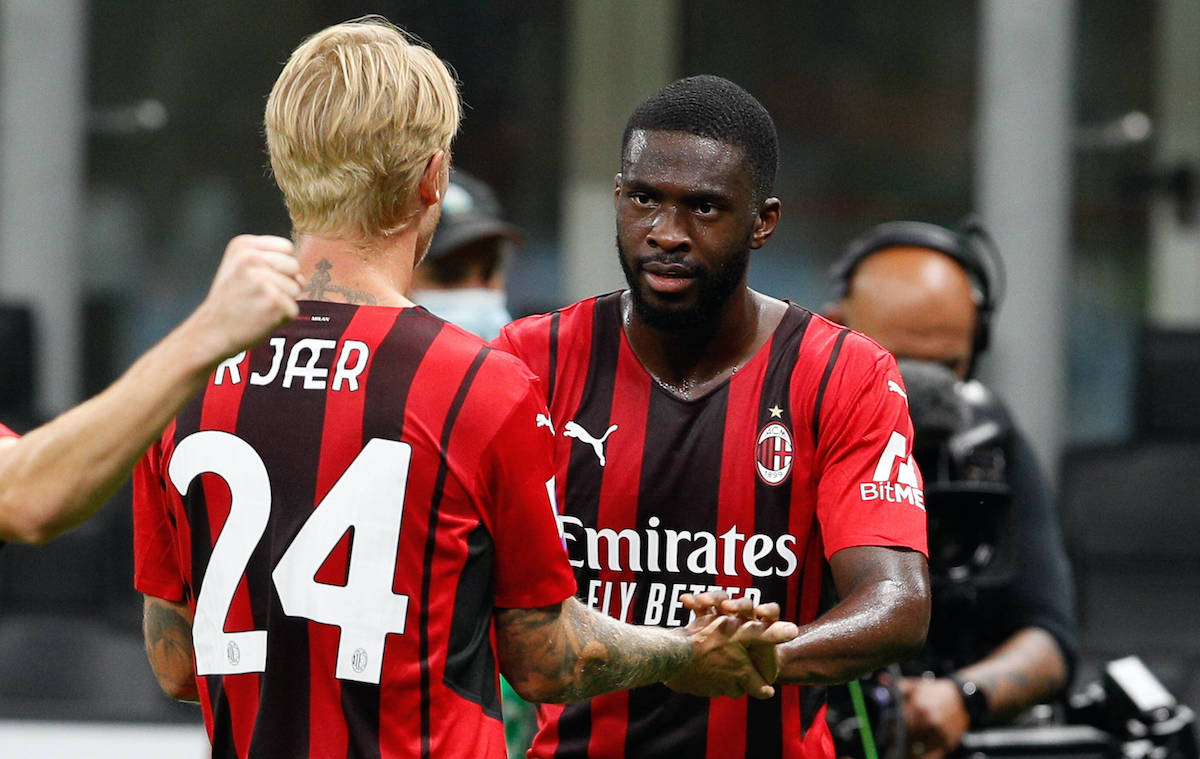 While Milan have had only four clean sheets out of the opening 12 games it’s fair to say that the number was going to be higher if everyone was defending at the same high standard as Kjaer and Tomori.

The coach did well with his substitutions on the night with Pierre Kalulu being a massive upgrade to Ballo-Toure on the left flank. The Frenchman also made a double block on Vidal’s attempts, keeping it 1-1, and made inroads in the attacking third too.

Ante Rebic and Alexis Saelemaekers did well after coming on, too. The Belgian was benched as he looked a bit tired in recent games, but provided a spark by wanting to make things happen. Unfortunately for him, he saw his long range effort hit the post in the final minute.

Rebic also played a role in this game as he finally found his way back onto the pitch after his ankle problem. The Croat replaced a seemingly tired Leao and really brought some freshness and sharpness to Milan’s game. He was causing trouble on that left hand side and especially in the last quarter of an hour when Milan were pushing to get a winner. It is reassuring that he looked in good shape.