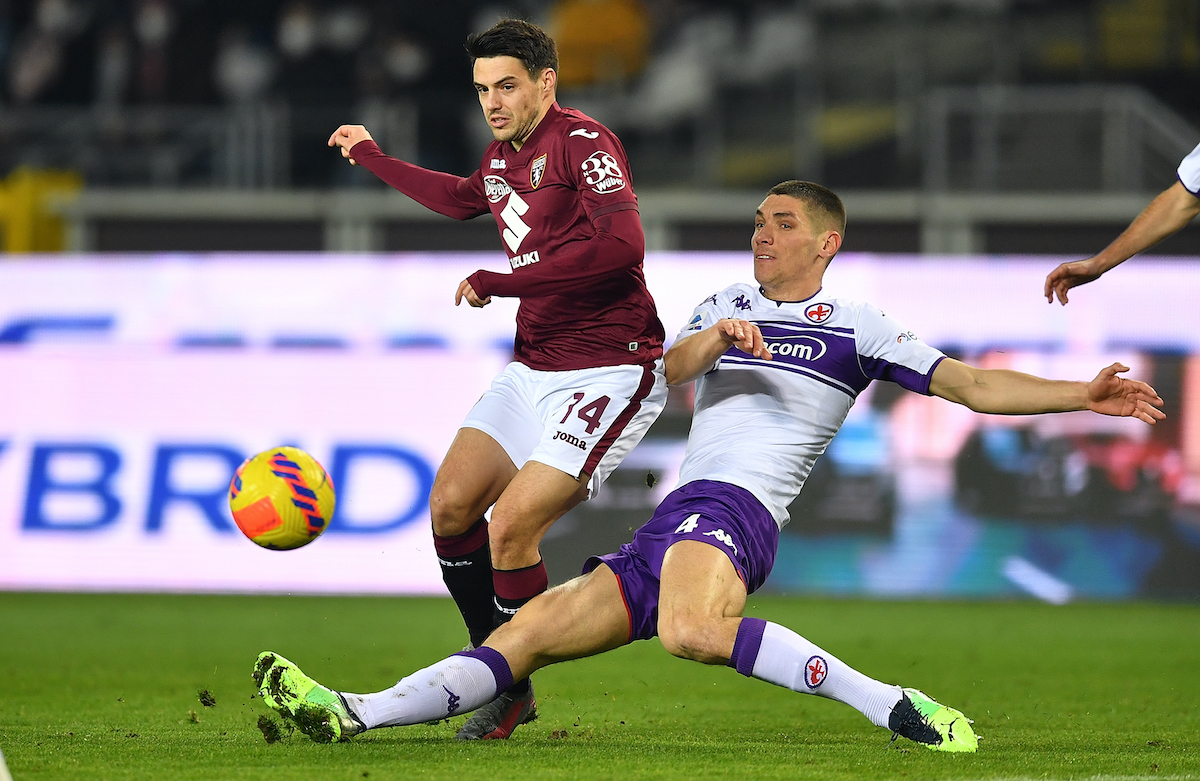 AC Milan’s interest in Nikola Milenkovic appears to have fallen away as the centre-back’s struggles this season continue, a report claims.

The 4-0 defeat that Fiorentina were handed by Torino is certainly an alarm bell for Vincenzo Italiano’s side, whose momentum heading into the Christmas period seems to now be falling flat. They have conceded 29 goals conceded in 20 matches, 16 of which came in the last 10, and Milenkovic knows he must up his game.

According to Calciomercato.com, the Serbia international has been dreaming of leaving Fiorentina for some time but in the summer he renewed his contract until June 2023, therefore essentially delaying his exit by a year and netting a pay rise to €3m net per season in the process.

The renewal has not stopped Rocco Commisso asking the interested clubs for no less than €30m to sell which Milan, Inter and Juventus are not willing to offer in January. In the meantime, the €25m-rated Bremer of Torino managed to pocket Vlahovic and seems like he could be a wiser purchase.