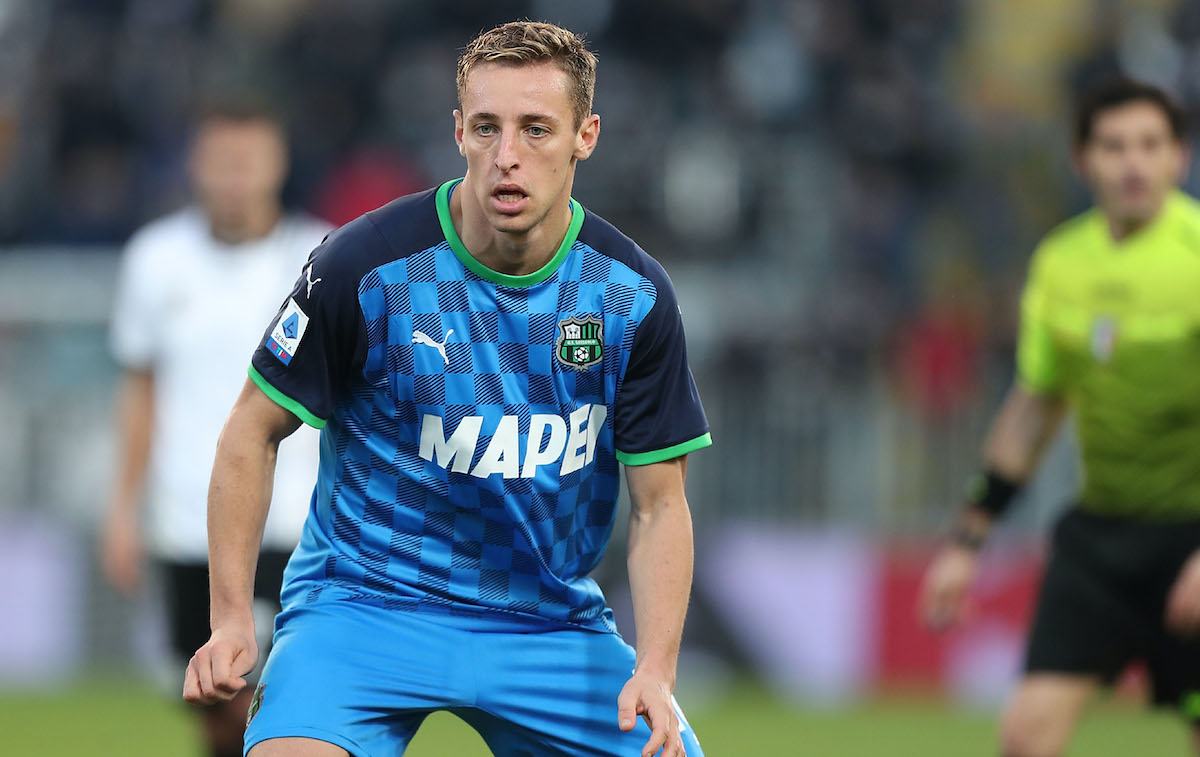 Repubblica: Milan part of a five-team battle to land Italy U21 international

AC Milan are one of the clubs interested in signing Davide Frattesi from Sassuolo but they face competition from at least four other sides, a report claims.

Frattesi only returned to Sassuolo from a loan spell at Monza over the summer but he is already beginning to impress under Dionisi as he has played all 17 league games for the Neroverdi, scoring three goals in the process. He was certainly one of Sassuolo’s brighter performers during their 3-1 win at San Siro against Milan last month.

According to this morning’s edition of La Repubblica (via MilanNews), the Italy U21 international is beginning to attract the attention of all the top Serie A cubs clubs. Frattesi is at centre of a potential auction that includes Milan, Juventus, Inter, Atalanta and Napoli, the paper adds.

The 22-year-old certainly has a bright future and is currently playing the role of box-to-box midfielder in a 4-3-3, helping with build-up play and driving attacks forward.

READ MORE: Kessie and Romagnoli reach crossroads at Milan and are on seemingly different paths