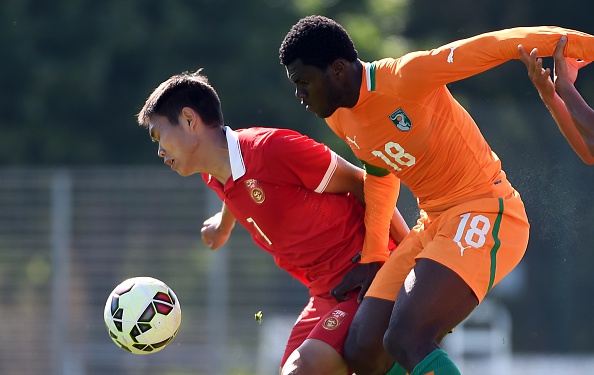 Milan and Inter set to battle over Cesena youngster Kessié

Inter and Milan are at it again: this time, the two Northern sides aren’t fighting over the San Siro… but over a young Ivorian talent.

Franck Kessiè has gone from earning plaudits at the Under-17 World Cup in 2013 (in which he played against Italy) to bossing the Cesena midfield in Serie B. Previously a defender, the 19-year-old has since moved up to a defensive midfield role, and considers Yaya Toure to be his hero and role model.

The youngster has so impressed that Roma, QPR and Southampton are just some of the clubs who desperately wants him. Having netted 4 goals and made two more assists in 37 Serie B games, he is worth at least ten times the €300.000 that Atalanta (who still own him) bought him for a few years ago.

It’s set to be a fascinating battle…