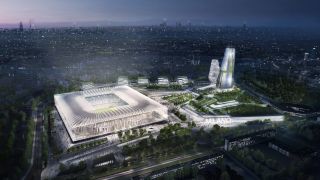 Progress seems to be happening in Milan and Inter’s mission to build a new modern stadium, according to a report.

This morning’s edition of Tuttosport (via MilanLive) writes how these are important days on the stadium front and the feelings remain positive from all parties involved. The real turning point could come at the end of the council elections, scheduled for this weekend, and once Mayor Sala is confirmed as the Mayor (which is the most likely outcome by some distance) then the plans will accelerate.

The clubs have been working to unblock the bureaucratic obstacles that have blocked the project in recent months but the the go-ahead from the council seems to be getting closer.

The paper also reminds us that there are still two projects in the running: ‘The Cathedral’ of the American firm Popolous, which is the favourite to win the project, and that of the ‘Two rings’ from Cmr and Sportium.

READ MORE: Milan and Inter fade into the background as Bayern Munich lead race for striker