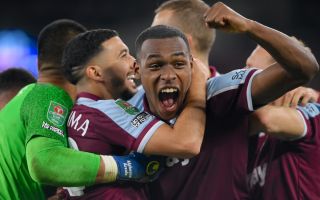 AC Milan have enquired about signing West Ham United defender Issa Diop in January as their search for a centre-back continues, a report claims.

According to Le Parisien, the Rossoneri are keen on PSG’s Abdou Diallo but he will soon play the African Cup of Nations from January 9 until potentially February 6 with Senegal, so Milan – after having started to establish contacts with the Ligue 1 side about Diallo – are keeping their options open.

Milan also approached the entourage of the 25-year-old who cost PSG €32m to sign from Borussia Dortmund back in summer 2019, but they are also exploring other potential options because of his AFCON commitments.

They also asked for information on Issa Diop of West Ham but the Premier League side want to keep hold of him at least for the rest of the season thus effectively ruling out the idea of a switch next month, with Milan wanting immediate cover ideally.

READ MORE: Milan interested in PSG defender but have doubts about €20-25m deal – the situation