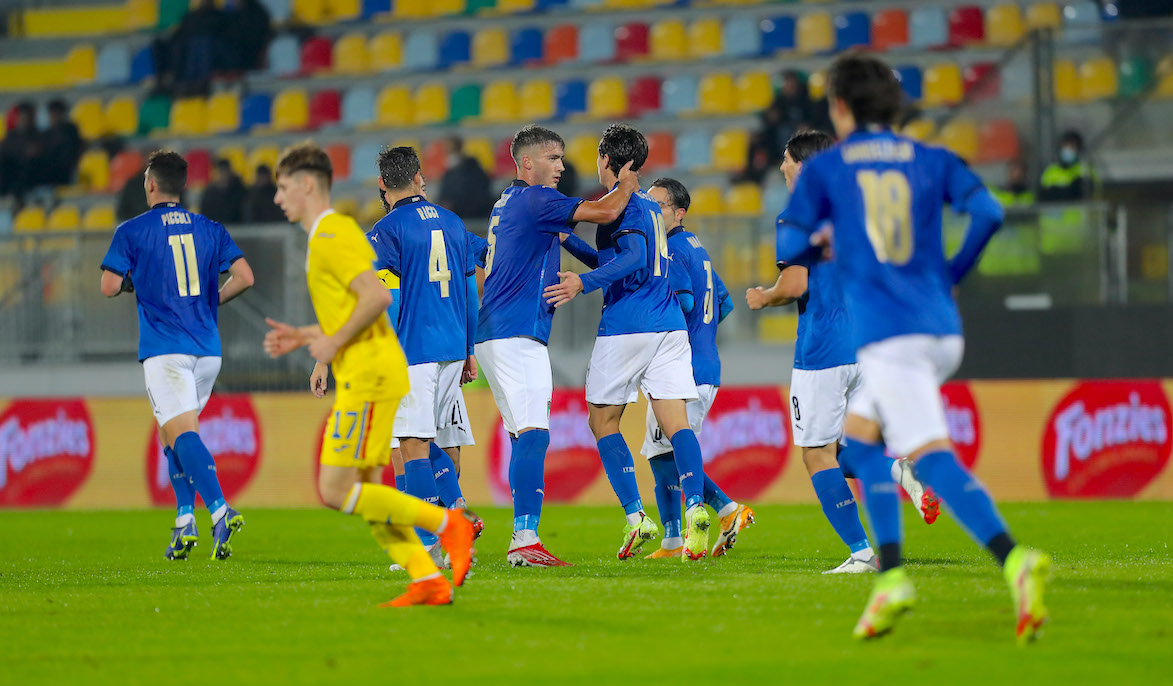 AC Milan had a scout present in Frosinone last night as Italy’s U21 side played a friendly against Romania, which ended 4-2 to the Azzurrini.

Romania actually stormed into a two-goal lead as a Canestrelli own-goal and a Racovitan header had the away side flying, but Mulattieri halved the deficit before a 10-minute hat-trick from Canestrelli completed an impressive comeback.

As reported by Tuttomercatoweb.com, there were scouts from Milan, Tottenham and Atletico Madrid at the club plus others, and MilanLive have examined who the Rossoneri could have been there to view.

The first is striker Lorenzo Lucca, given that the 21-year-old Pisa forward – who has 6 goals and 2 assists in 13 appearances across league and cup this season – has been heavily linked with Milan. However, he remains an unused substitute.

Andrea Cambiaso has also been linked with Milan and the 21-year-old Genoa left-back came on at half-time. Then there is the young midfielder Samuele Ricci who continues to impress with Empoli, and he played 62 minutes with Milan scouts continuing to follow him. His team-mate Fabiano Parisi was also being observed as the left-back came on at the interval.

Then there is 19-year-old winger Matteo Cancellieri of Hellas Verona, Simone Canestrelli – a 21-year-old defender for Crotone who scored a hat-trick – plus Pietro Pellegri and Lorenzo Colombo.

READ MORE: Pioli has plan in mind of how to use Giroud and Ibrahimovic in next two games