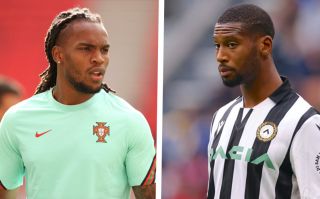 AC Milan are not just thinking about signing a defender during the January window but they also have the idea of signing a midfielder and a forward, it is claimed.

This morning’s edition of La Repubblica (as cited by MilanNews) focuses on Milan’s market strategy and confirms that the priority for Milan directors Paolo Maldini and Massara is to reinforce the defence, and Sven Botman of Lille is a target but his asking price is €30m. Andreas Christensen of Chelsea is a more experiences and less expensive option.

Tiemoue Bakayoko’s struggles have also forced Milan to think of signing a midfielder with Lille’s Renato Sanches a potential option to come in and give support to Tonali and Krunic during AFCON.

Finally, in the attacking department, in addition to the familiar target of Romain Faivre, the management are keen on Udinese striker Beto who is on loan with an obligation to buy from Portimonese.

READ MORE: Why fielding Kessie as an attacking midfielder worked and when it could be used again