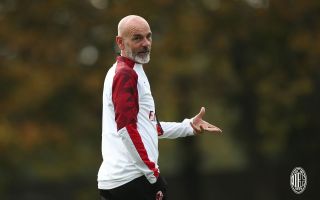 AC Milan have found themselves in yet another Scudetto battle heading into the second half of the season, but reinforcements will be needed to bolster the squad.

According to MilanNews, the main objective is to sign a new centre-back to replace Simon Kjaer who will be out until the end of the season. Sven Botman of Lille, Abdou Diallo of PSG, Bremer of Torino and Nikola Milenkovic of Fiorentina are all targets, and Paolo Maldini will either buy a player permanently or on loan with option to buy.

There have been rumours about early loan terminations for Yacine Adli, Mattia Caldara and Tommaso Pobega to strengthen the squad but that possibility can be excluded, and as for any other signings they would have to be opportunities rather than necessities.

In terms of exits, Samu Castillejo is liked by Genoa and can leave for the right price while Empoli are expected to sign Andrea Conti. Finally, there is work on renewals too as work is underway to shift the deadline of Leao, Bennacer and Theo Hernandez to 2026.

READ MORE: Milan plan to remain one of the youngest teams in Europe with signings to come