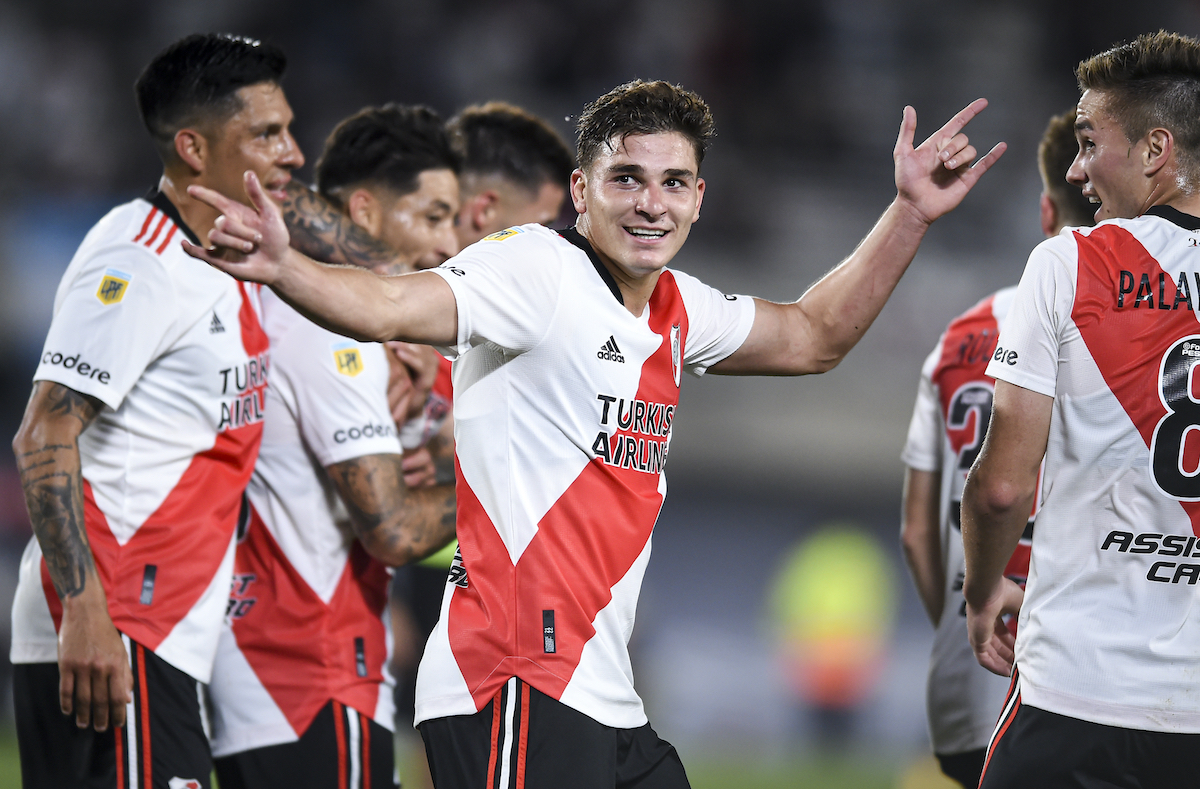 AC Milan are following Julian Alvarez closely and will no doubt be impressed by his recent exploits for River Plate, a report has revealed.

MilanNews have offered some background on Alvarez, remarking that he was one step away from Real Madrid at a very young age, then came through the academy of River and he has exploded this season. He has amassed 15 goals in 16 league games with 6 assists playing as a striker, including 10 goals in his last 6 appearances and 4 in his last game alone.

Milan have been following him with interest closely since last summer at least, and the report mentions that journalist Federico Bulos has compared him to a quite interesting profile.

“River have the Thomas Müller of Argentine football. The Germans say that Müller does not play in any specific position and at the same time plays everywhere. Julian Alvarez is not a 9, he is not a winger, he’s not a playmaker, but he’s a bit of all these things,” he said.

Many believe that he is currently the strongest player in Argentina and that is why Milan, as well as Fiorentina and Bayer Leverkusen among others, are really keen on signing him. His contract is expiring in December 2022 and he has a €20m asking price, with the suggestion that the Rossoneri could make a bid in January.

READ MORE: Milan want to secure long-term future of three star players by the end of 2021