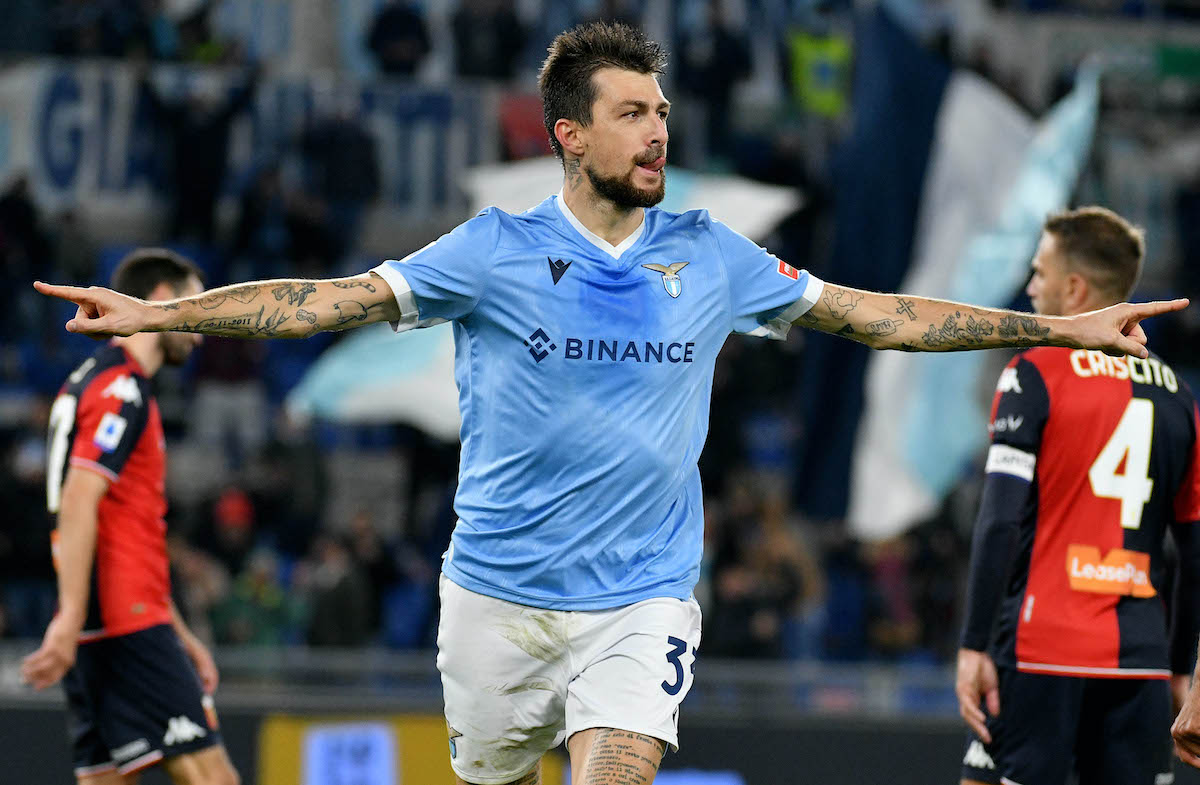 AC Milan are monitoring the situation surrounding Lazio defender Francesco Acerbi as he could leave the club as early as January, a report claims.

Calciomercato.it reports how after scoring against Genoa, the player let off steam by shushing everyone following the criticism received in previous days for a bad mistake against Sassuolo. After the game he showed some regret for what happened via a message on social media, but there is the feeling that he could leave the capital despite the fact he renewed his deal.

The report mentions interest from Milan who are looking for a ready-made defender following Simon Kjaer’s season-ending injury, while Juventus are considering him to compliment Leonardo Bonucci and Giorgio Chiellini. Finally, Inter are looking at replacing Stefan de Vrij in the summer.

Lazio only want €5m for the 33-year-old Italy international as they certainly do not consider him to be non-transferable and there are clubs who could take advantage of it.